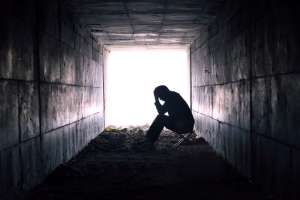 Several years ago, Bethlehem House, the only men’s shelter in Hobart, found that the average age of death of the homeless they supported was in the 40s. That’s pretty much corroborated by like establishments and services throughout the nation.

Poor health is the obvious deal for the homeless. There’s little relief for the homeless, particularly the street living homeless. A six dollar ‘goon bag’ is all that may keep someone warm, weathering the frightening cold of the majority of winter nights. Denying a street sleeping homeless individual a goon bag on a near zero Celsius night is like telling them to freeze. They fight to maintain body heat. They fight to dull and dim their senses so as to maintain sanity.

A passer may begrudge the coins a homeless individual begs for, that it may go to smokes and alcohol but that is what keeps them going despite the impacts on the lungs and liver.

The majority of the homeless I know are smokers. I’d say nearly 90 percent despite Australia overall with one of the world’s lowest smoking rates; fourteen percent of Australians smoke cigarettes.

Yet, it is highly likely that the average age of death of homeless Australians is 45 years of age. Australia’s overall life expectancy is over 80 years.

Finland has much less adult median wealth than Australia, $45,606 but has managed to do away with street homelessness in Helsinki. Australia has no justifiable excuses for the neglect of its homeless, for the shortage of public housing. It is a sin, one so putrid that the right-minded heavy as moral and political abomination.

Homeless shelters and homeless friendly precincts aren’t enough to save lives, they at best provide slivers of dignity, some services and supports but physically, psychologically while people are homeless they do it as tough as it gets.

What is the point of Commonwealth and State and Territory Ministers for Homelessness when they do next to nothing?

Outside of natural disasters and civil strife, the Northern Territory and Kimberley region have among the world’s highest homelessness rates, with over six percent of their total populations in some form of homelessness.