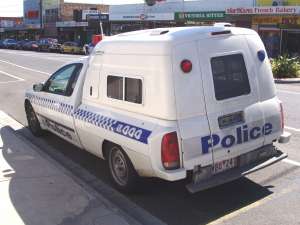 A wave of support has begun calling for the Custody Notification Service (CNS) to be implemented in Western Australia. The Aboriginal Legal Services WA (ALSWA) CEO, Dennis Eggington said that the CNS “will save lives”. Mr Eggington said he is confident that the Federal Government will see its merit and rollout the CNS outside of NSW, the only jurisdiction where the CNS is in place.

The call for the CNS follows the untimely death of 22-year-old Yamatji woman, Ms Dhu, who died in the South Hedland police watch-house. A stout CNS advocate may have ensured Ms Dhu was not detained on unpaid parking fines after police were called out to a disturbance. Ms Dhu had injuries and pleaded unwell at all times, and should have been hospitalised. A CNS advocate would have been her best chance. In fifteen years of the CNS in operation in NSW there has not been a single fatality of an Aboriginal or Torres Strait Islander detainee in a police watch-house.

“One life lost in custody, is one too many. We implore Senator Nigel Scullion, Minister for Indigenous Affairs to provide this vital service nationally,” said Mr Eggington.

In reference to Ms Dhu’s passing, following a long line of deaths in custody in Western Australia, Mr Eggington stated, “one must question whether a CNS could have avoided this tragic death.”

The CNS was a recommendation from the Royal Commission into Aboriginal Deaths in Custody, the CNS would enable ALSWA to provide a 24/7 phone service for Aboriginal and Torres Strait Islander people in custody, with lawyers on call, and stringent procedures in place ensuring that lines of communication are kept open.

The family of Ms Dhu has stated that they were not allowed to speak to Ms Dhu when they called the South Hedland police station.

On October 2nd, I met with Senator Scullion in Canberra and put the case that the CNS should be rolled out nationally, and that Western Australia and the Northern Territory should not delay its implementation.

Senator Scullion said that he will move quickly to examine the CNS after I explained that since its implementation in NSW in 1998 there has not been a single death of a First Nations person in a police watch-house.

“If it is saving lives we should look at it nationally.”

In NSW, it only costs $500,000 annually to operate the CNS. In NSW, the CNS makes 15,000 contacts per year with detainees. It will only cost the Government up to $4 million per year to have the Aboriginal Legal Services operate the CNS. The savings will be made in human lives but also on the cost of the coronial inquiries that will never need be had.

The NSW/ACT Aboriginal Legal Services states, “The Custody Notification Service is a telephone advice and well-check service operated by the ALS. By law the police must contact the ALS every time they detain an Aboriginal person in a NSW police station.”

NSW/ACT ALS CEO, Phil Naden said that the CNS “is more than a phone line.”

“Significantly, there have been no Aboriginal deaths in police custody (watch-houses) since the phone line began.”

“Every time our lawyers speak to an Aboriginal person being detained, they check upon the welfare of the person by asking ‘Are you okay’?”

Ms Dhu should never have been locked up for unpaid parking fines. Instead of supporting the young woman through crisis care or in ensuring her hospitalisation, instead of listening to Ms Dhu’s pleadings of her being extremely unwell she finished up in a death sentence. She lasted only 48 hours.

The State Government should accept its share of responsibility for detainment of this young woman on unpaid fines. It is the Government’s policy that sees people imprisoned for fine defaults, such as parking infringements. This has been outlawed in NSW, but not in WA.

What exactly led to Ms Dhu’s passing is still unclear but the autopsy reported a head wound, bleeding in the lungs and a fractured rib, dried vomit in her nose and mouth and on her body. The report corroborates statements made by Ms Dhu’s partner, 39-year-old Dion Ruffin who was locked up in a nearby cell. Mr Ruffin said that Ms Dhu pleaded for her life, pleaded she was unwell, that at times she was mocked “for acting”. She was taken twice to the Hedland Health Campus where twice she was cleared as fit to be detained in a police cell. But it is understood that a physician did not examine her. The next time she would be transported to the Health Campus, she would be pronounced dead.

Mr Ruffin’s statements have been corroborated by another person detained in the same cell as Mr Ruffin – 61-year-old Michael Wilson. He said that Ms Dhu had been crying out for help right throughout the 48 hours for her detainment.

The State Government can hang its head in shame. Ultimately they are responsible for policies where poor people are detained on unpaid parking fines. The poor often find it impossible to pay off fines whereas the wealthy can. The wealthy can afford lawyers to ensure they are not detained, that they are bailed out. The poor cannot. The criminal justice system is skewed disproportionately in favour of the wealthy. Jails are filled with the poorest among us, for the most minor of offences, while corruption at the top end of town wildly flourishes. It is an indictment of many – Governments, the criminal justice system, lawyers and the media.