Culture should not be denied; change needs unfolding, not impost 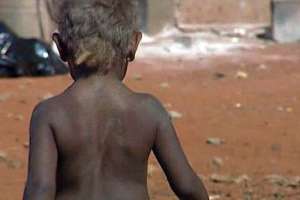 The widespread dependence on technology has created a greater divide among the haves and have-nots, and has particularly taken a toll on impoverished Aboriginal peoples. When there is no capacity to keep up, the downtrodden feel the sense of despair even more so.

The fast-changing technological world is taking a toll on the well-being of many Aboriginal peoples, especially in the remote, and it affects their health, physical and mental.

Ms Turner who has spent decades working in remote Aboriginal communities described the forlorn battle for many to keep up and adapt to “a fast-changing world” to health and lifestyle journalist, Kristen Watts of The West Australian.

“It is not easy, which is why we see so many health problems in mainstream community. But the effect has been concentrated for Indigenous Australians, many of whom have gone, in only one generation, from living a hunter-gatherer life on the land, to suddenly finding themselves living a more sedentary lifestyle where their connection to the land has been rapidly eroded.”

Ms Turner points out that only a generation ago many Aboriginal women were giving birth to their children without the influences of the modern Western world.

She said that Aboriginal peoples are not ‘the other’ but instead battle as anyone else does to meet adaptation, the imposts of Western Society. However, their lot is more difficult having been deprived for far too long of opportunity and empowerment and due to disenfranchised for one generation after another in apartheid-like conditions.

Ms Turner said that there should be no rush to impose different cultural values and Western idioms upon Aboriginal communities. But the irony remains that these same peoples now endure Western diseases, and with greater concentrations than non-Aboriginal peoples – diabetes, kidney and heart and respiratory diseases, cancers, eye and ear health diseases and mental health illnesses.

She said that the impost of different cultural values and Western societal idioms can have an adverse effect on ones meaning of life, happiness and hence their well-being. Ones cultural measure of fulfillment is not the equivalent of another’s cultural context.

“(The) rapid introduction of Western influences is having a serious detrimental effect.”

She has called for more cultural understandings of one another.

“This happens to Indigenous populations all around the world when people go from a hunter-gathering lifestyle to sedentary living and while it is inevitable, we should all strive to be more mindful of why and how this is happening.”

Most of Australia’s remote Aboriginal communities have been troubled by the pace and the nature of the changes and hence experience some of the world’s highest rates of arrests, imprisonment, homelessness, unemployment, and youth suicide. An external demand for immediate change has seen many people go from self-reliance and community living to reliance on others, overcrowded living conditions, removal from their homelands, forced labour in order to secure welfare payments. Their identities are eroded by assimilation and the demand they undertake Western societal values immediately.

These rates of imprisonment and suicide did not exist thirty years ago.

Their former identities are considered as token by the new mainstream they have been forced into. They are further humiliated and diminished when social commentators and experts condemn then as ‘dsyfunctional’, ‘lazy’, ‘welfare dependent’ and that all they need are ‘role models’, ‘discipline’ and ‘mining jobs’.

Change, if it is to be successful and inclusive, is an unfolding experience, and should not be by impost, as is the case with the Northern Territory “Intervention” where many general and health statistics are getting worse.