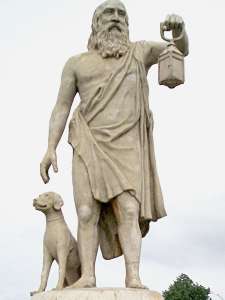 “Andee Jones” is a psychologist and author of several published books and numerous articles on gender politics. Andee has drawn the content of the opinion piece from her recent book, The gender vendors: Sex and lies from Abraham to Freud, by A. L. Jones, pub. Lexington Books. Andee’s writing is published under her maiden name A.L. Jones or Andee Jones.

Crying in Canberra – In the sex wars of current public life, have you noticed some unusual wellings-up? I’m thinking not of tales of male staff adorning the desks of women pollies, but of certain entitled men aiming tears at some understandably angry and articulate women.

“You don’t get it”, the women are saying. “Your hearing’s dodgy”. “Would you really sell your soul to avoid facing these simple truths?”

“I’m deeply hurt”, say the entitled men, “that you, mistakenly, obviously, doubt me.”

Yes, we need to fix the perennial sores of male entitlement, lack of respect, ignorance of what consent actually means, among others. But if you want to tackle the scourge itself, start with its origins. Start with the following quick-and-dirty guide that crams five-odd millennia into a few hundred words.

Long before humans invented writing, and long before they recognised men’s contribution to reproduction, societies esteemed Woman for her seemingly divine ability to produce and nurture, from her own body, new human life. Think of the so-called Venus statues of antiquity. In those times, the earth, in its capacity to nurture entire peoples, was indeed the Great Goddess, the Great Mother.

Once recognised as procreative contributors, however, men began to appropriate the reproductive role entirely. Gradually, over millennia, male storm gods raped, mutilated, and plundered their way to unassailable rule. Patriarchy (literally, “rule by Fathers”) — at least in the west — became the norm, and women were sent home.

Generations of powerful actual or metaphorical Fathers wrote and rewrote the books that promulgated “natural” (i.e., storm-god) law throughout countless generations. The same powerful men banned women (and other so-called inferiors) from learning, and, hence, from public life. Women must “be in silence”, said St Paul. Only among first peoples and in ancient records do the old, more gender-equal stories survive.

The present result is a 5000-year gendered hierarchical system that feels both timeless and natural. From the ancient Greeks, it carries the assumption that gender is all about domination and submission. The Greeks defined the female as the creature that can be taken by force, that is, raped. As is still the case today, perpetrators define themselves as superior and “masculine”, and victims, whether female or male, as inferior and “feminine”.

While all is not lost, change is exceedingly slow. Despite, for example, two or three centuries of scientific knowhow about the human ovum, some cultures still hold the father, alone, to be the true parent. Woman is merely the soil into which the divine seed — passed originally from God to Adam and to Adam’s male descendents — is sown.

Our current problem — of entitled men’s aggrievement at women’s aggrievement — is no less than the 5000-year legacy of well-placed storm-god fear of the immense power and malice of women towards men… or at least towards storm gods. Could it be projection, I hear you ask. Might it arise from, I don’t know, some kind of envy? Envy of something that women can do, but not men?

This is the legacy we are up against — five millennia of cultivated dread, envy, lies, and war aimed at keeping down those who were once esteemed for their life-giving power.

The situation, as they say, is impossible, and we must take the next step, namely gender quotas in parliament and the public service. One day, perhaps politicians’ tears will be shed in public for the right reasons. And the desk jockeys will go home.

* Documentation from The gender vendors: Sex and lies from Abraham to Freud, by A. L. Jones, pub. Lexington Books.