‘Class action’ to take on State Government over heritage changes 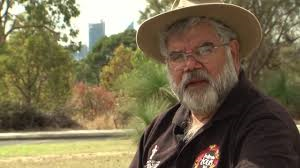 Yesterday, the fledgling Aboriginal Heritage Alliance held a rally, small in numbers but heavy with high profile individuals, outside the offices of Western Australia’s Department of Aboriginal Affairs. They oppose the State Government’s proposed amendments to the Aboriginal Heritage Act which appear to water down heritage listing in favour arguably of mining interests.

When the amendments were proposed last year it drew a storm of dissent from Traditional Owners and Aboriginal Land Councils. Many believe the whole deal behind the proposed amendments is one and the same with the agenda they argue is behind the touting of the dispossession or shut down of remote homelands – up to 150 Aboriginal communities. Many believe it is all about making it easier for mining applications, licenses and tenements. They believe the Government wants to see less registered Aboriginal heritage sites and also less demonstrable physical connection to Country.

“In the last three and half years, Aboriginal heritage site registrations have decreased by 74 per cent,” said Ms Vaughn.

Dr Bennetts said that “a class action is being worked towards.”

“We want as many Traditional Owners as possible to contact us to join the class action against the State Government and the Department of Aboriginal Affairs.”

Mr Lewis said that there appears “a sad synergy between the threat to close down communities and the watering down of the Aboriginal Heritage Act.”

“It appears that there is an agenda to make it easier for certain interests.”

“We strongly oppose these agendas and we need to galvanise our peoples to stand up, stick together on these issues and take control, direct control, of our heritage rights.”

Dr Nannup said that connection to Country is vital to healthy psychosocial identity.

Pastor Stokes said that despite Government sanctioned systematic decimation of culture that “our spiritual connections to our lands can never and will never be broken.”

“But despite the impossibility of interrupting our spiritual connection Governments should nevertheless not hurt us with physical dispossession. Governments must learn the true meanings of consultation, engagement and in doing what is right.”

Ngalla Maya post prison employment director, Mervyn Eades said, “Many bad things are coming at our people at this time. If only we can stand together against these threats.”

The open letter included, “We have no confidence in the current DAA Executive’s management of Aboriginal cultural heritage in Western Australia.”

“We call on you to withdraw the AHA Amendment Bill immediately, and to establish a Parliamentary Select Committee to properly review the AHA and adequately consult with Aboriginal people.”

There is some sign that the proposed amendments will have a rowdy passage through State Parliament. Shadow Aboriginal Affairs Minister, Ben Wyatt opined that the “Aboriginal voice is almost absent in the Bill.” His late father once headed the DAA.

Ms Vaughn stated that the dramatic drop in the number of sites being assessed by the DAA bespeaks of the agenda behind the proposed amendments. According to the Alliance the 74 per cent drop in sites assessed by the AHA is a “shift towards industry-friendly site assessment outcomes” coinciding “with the appointment of several recent recruits to the DAA executive from industry backgrounds who have no qualifications in Aboriginal heritage management.”

Yesterday, MLC Robin Chapple introduced into the Legislative Assembly a petition by the Kimberley Land Council against the Heritage amendments.

Yesterday’s protest action also honoured victims of the Flying Foam Massacres which occurred on the same day in 1868 when virtually all the Yaburara inhabitants of the Murujuga (Burrup Peninsula) were wiped out by a posse in a horrific slaughtering of young and older. The Murujuga is widely regarded as one of the most important archaeological sites on earth. But the former Labor State Government in 2007/8 approved removal of hundreds of rock art panels from Murujuga to make way for Woodside’s Pluto liquified natural gas plant.