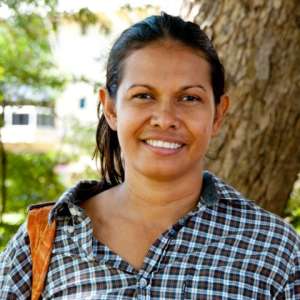 The Western Australian Government has a bent for demolishing the communities and homes of First Peoples, and then sitting idly by, not too fussed about many of them who finish homeless. But is there an agenda behind some of this other than the obvious assimilation policies that Governments wrap themselves in knots over? In the Kimberley, the Oombulgurri community was closed down nearly three years ago, with the majority of the population compounding the region’s horrific homeless numbers. Now, the Government is planning to demolish the community of Oombulgurri, although the former residents do not want this – they just want to go home.

“I am from Oombulgurri and there was no reason for them to move our people on. They may demolish our homes but we will return there whether our houses remain there or not. It is our Country, our land, our place and they cannot take it away from us.”

“The Oombulgurri people want to return, to move back to Oombulgurri whether it is demolished or not. Some of our people are three and four generations of Oombulgurri families.”

“In regards to the removal of our people from Oombulgurri about three years ago, we have had two suicides of our former residents in the Wyndham area alone recently. One was a 12 year old girl. The other was of one of our leaders in our community and who was also a member of the Oombulgurri Aboriginal Lands Corporation. He was the last person standing at Oombulgurri, not wanting to move to Wyndham. He was a proud man, proud of his house and when finally he was brought to Wyndham he became so depressed he turned to alcohol and finally took his own life,” said Ms Gore-Birch Gault.

Far too many of the former residents have died – prematurely and some by suicide. The Kimberley endures the ordeal of the State’s worst suicide rate.

“It does make us wonder as Traditional Owners what really is the State Government’s plan. There have been exploration licences handed out in the previous five to ten years.”

“What is the State Government’s view on this corridor of the Kimberley?”

“What is the plan for the northern parts of Australia? We know there is a plan in play for the corridor around the north. It is just unfortunate that Aboriginal people are used as a political tool. It is unfortunate that they think we get in the way of their plans.”

“It makes us question everything and everyone. We begin to question the whole of native title processes. We then question what are the role and responsibilities of native title and what are the roles and responsibilities of the Aboriginal Land Trust. We question who then are our representative bodies? Is it the Kimberley Land Council or is it the Department of Aboriginal Affairs?” said Ms Gore-Birch Gault.

“So I guess where do we stand as Aboriginal people in this whole fight?”

Recently Kimberley parliamentarian, Kija woman Josie Farrer said Oombulgurri’s maltreatment by an assimilationist Government was symptomatic of the worst of racism and neglect. Ms Farrer said it is racism to push people off their Country.

“The Barnett Government moved them on, from Oombulgurri, making the people homeless. It is a white man’s world, the conservatives running roughshod.”

When the community of Oombulgurri was moved on, many slept in rundown buildings till they were moved on. Families slept in the public toilets. Soon after many moved on to the nearby ‘marshes’ and became known as the Marsh People, sleeping in the open. They were moved on again, and despite some housing options found for many of the residents, many are now homeless in and around Wyndham, and others itinerant and homeless in and around other Kimberley towns including Kununurra and Broome.

“When I see or hear these stories about what is happening to our people, to our communities it brings me to tears,” said Ms Farrer.

Scores of homes and buildings, the community school and church have sat vacant since 2011. The State Government stated that Oombulgurri had become unviable because its population had dwindled, claiming at one time that the population was less than 20 residents. But this was not true according to Ms Gore-Birch Gault who said there are 150 people ready to move back.

You do not raze a community or a village just because of the number of residents. In closing down the town and moving on the residents, they dismissed their connection to the land, they disregarded their identity, their history, who they are and where they are from.

The former residents are fighting back and they do not care if there is a fight with miners on the horizon and not just the State Government.

At first residents were encouraged to leave as the Oombulgurri’s police station, health centre and school were shut down mid-2011. By December, some residents were removed to Wyndham. But they have been unhappy ever since. Now they want to come home.

One of the former residents, who lives on the outskirts of Wyndham said, “I dream of going back all the time.”

Leave a Reply to Ron Johnson