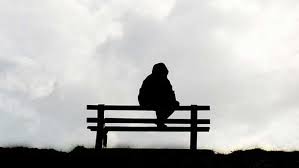 The last Australian Bureau of Statistic report – 2012 – concluded a ten year peak for death by suicide. On average there are seven suicides per day. It is estimated that there are 30 to 40 suicide attempts for every suicide. This would translate to at least 200 suicide attempts per day. Some research estimates on average that each day up to 1000 have suicidal thoughts.

Certain indicators are used as measures of social cohesion and social health. Suicide rates are one of these indicators as are also drug related deaths.

The nation’s overall suicide rate stands at 11 per 100,000 population with youth suicide on the rise. Young males aged 15 to 19 years of age suicide at 9 per 100,000. Young females in the same age category suicide at 3 per 100,000. For Aboriginal and/or Torres Strait Islanders these rates tragically multiply by up to six times. Why is youth suicide on the increase? Why would 9,000 per 100,000 15 to 19 year old males and 3,000 per 100,000 year old females have suicidal thoughts? Why would this spiral to nearly every second Aboriginal male and one in four Aboriginal females in that age category having suicidal thoughts?

This is the research I have commenced and this is research many more researchers and experts have to do.

Substance abuse rates are another indicator of social cohesion and social health. Up to two thirds of suicides are intertwined with substance abusing. Substance abuse is often for far too many relief from many unnatural stresses.

In the ABS 2012 report for 2011, 57 children aged 14 years and less were reported to have taken their lives. A realer estimate, because of underreporting, would be more than 100 suicides. Nearly 600 children aged 14 years and less were reported hospitalised for that same period for self-harming. For the age group 15 to 19 years several thousand were reported hospitalised for self-harming. There are many obvious stressors – high and low expectations, a sense of failure, a sense of powerlessness, a sense of meaninglessness, psychosocial breakdowns and identity crises which are usually the culmination of external pressures and judgments. LGBQTI youth are tormented by pressures and judgments. Race, racialization, racism are significant stressors among the increased rates of suicidal ideation among First Peoples and the first and second generations of migrant families.

Suicide among Australia’s young people has been gradually increasing for the last thirty years.

To put all this in context, in 1966 one in 20 of all deaths of 15 to 19 year olds was by suicide. That is 1 in 20 of all deaths of 15 to 19 year olds. Twenty years later, this death rate increased to one in six of all deaths for the male teens while it increased to one in 15 for the female teens. That is 1 in 6 and 1 in 15. In 2015 it is getting worse for teenage males and much worse for teenage females. I am working on all the figures and some of their premises and therefore will not publish them prematurely but suffice to state that I should position some reference to all this from now so more focussed discussions commence.

Suicide should not be a leading cause of death in children. But it is.