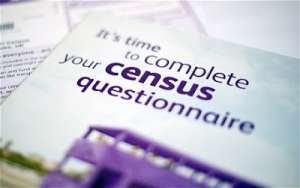 Like other disabled Australians, the #censusfail furore is making me grin.

Over the past month, the nation has been immersed in the type of outrage only afforded to the privileged. Billboards encourage passersby to tell the government that they are atheist if they no longer subscribe to a religious belief. Impassioned expressions of outrage about loss of privacy and the potential for the government to know your business are flooding social media. And the news that the ABS Census website crashed last night, allegedly due to ‘overseas hackers’, has been greeted with delighted handclapping and a virulent spray of ‘I told you so’s’.

Instead of talking about white people problems, we need a new hashtag, #ablepeopleproblems.

When it comes to the Census, many disabled people are not even counted.

That big snapshot of what’s happening across Australia for communities of people tells government a lot. It might inform community and program development when government realise that too few people in the CaLD community are using local services. It could tell us important things about youth unemployment, direct understanding about the types of infrastructure we need in Australia in the future.

It does this by asking us how old we are, how much we earn, where we live, who we worship, what language we speak, whether we rent or buy, whether we work, what our ancestry is comprised of.

But, unbelievably, it doesn’t ask Australians if they actually have a disability.

As a disabled Australian who does not receive formal care and support, I’m not counted. The Census questions around disability asks questions about whether we have a carer or whether we get help with daily activities. For many of us who manage our own daily assistance, we’re actively counted out.
Able people’s problems. While you’re protesting the intrusion on your privacy, we’re struggling to be recognised at all.

I’m not suggesting that this is all pearl clutching. Privacy concerns should be taken seriously. There is a need to protect our information, especially if we are not clear about the ways in which government will use or protect it. But consider this.

Whilst social media explodes in Census website-crash outrage, problems with the new government run NDIS portal has halted millions in payments to service providers.   It’s been months now, but it’s caused barely a ripple in the media.  Social Services minister Christian Porter has announced that there will be a ‘review’.

The portal that we’re talking about collects information that is far more sensitive than that collected by the Census. It’s not just our names and addresses we are talking about – imagine uploading your whole life plan, bank account details, intimate and personal details of your goals, dreams, sexuality, plans for the future.

Half of all disabled Australians live in poverty.  We rank 27 of 27 of all Organisation for Economic Co-operation and Development (OECD) countries for relative poverty risk, and 21st out of 29 OECD countries in employment rates for people with a disability.  Think about that.  Because they are only the people we are counting.

They are serious issues for disabled people and the wider community, but #portalfail or #povocrips are never going to be trending hashtags.

Issues for disabled people aren’t considered in the same way as they are in mainstream, white, able Australia. We can’t even be ticked off on a national checklist. We’re as invisible as nineteen murdered crips in a Japanese care facility.

We’ve just embarked on one of the greatest disability reforms of all time, the National Disability Insurance Scheme. Part of that scheme is the Information,Linkages and Capacity program, which is supposed to target about 800,000 disabled people and their families and carers who are not eligible for the scheme. It’s supposed to enable greater access to the social and economic life of the community, and you’d think the government would want to know which of us were gaining access to it.

Instead, they’re collecting information about which God you worship and where your father was born.

Craig Wallace wrote an article about this same issue in 2011, at the time of the last Census. It was only six months after disabled people, families and providers began lobbying for the NDIS. That campaign was named ‘Every Australian Counts’.

I wish we did.

Image description:  A form which reads ‘It’s time to complete your census questionnaire’.