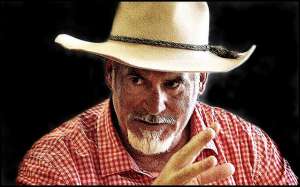 As Blackfella’s we learn to read signs in the landscape when the Burruguu-ngayi-li (Dreaming…) directly impacts with the physical world. There are devastating consequences when we forget who we are as Aboriginal people.

Losing a young girl, 10yrs old to suicide is one such time. We are meant to love one another beyond difference to the point that those in need are not just people but our own brotha’s and sista’s struggling to cope. I have not been able to finish an article written on this poor child; emotionally I just can’t.

But already in what I have read is that there are social commentators lining up to blame the victim. What is wrong with the world? What do they not understand when a young child loses hope to the point that they plan and then go ahead with ending their own life?

I have been there… so lost in pain, isolated in misery with no hope that ending my life seemed the only option. I wasn’t 10yrs old. What that experience taught me is that when you have reached this level of grief, the last thing of relevance is some article on supposed Aboriginal victim mentality.

You understand what I am saying? To try and turn this around and lay blame on those who spend their lives trying to educate mainstream Australia about the ongoing trauma, depression and hopelessness felt in some of our communities is as shocking as the crises.

I have written many articles where people comment personally on how brave I am to highlight personal aspects of my life, time in jail, selling drugs, domestic violence and sexual abuse. It’s not brave – it is healing and allows me closure of the times when I felt helpless.

If only that young girl was able to meet herself as a 48yr old who could have told her that one day she would overcome the pain. That she would meet someone beautiful and fall in love and have children who loved her unconditionally.

I was in my 30s when I tried to commit suicide. I had already been in hospital twice for depression and every minute I was awake was misery so I tried to stay asleep for as long as I could without having to face the day.

My amazing wife would ask me in the morning if I wanted to get out of bed; I would just grunt back. She would prepare breakfast for our 3 kids pack their lunches and go to work. I would just sleep all day.

She would pick the kids up from after school, come home, prepare dinner and come into the room and ask me if I got out of bed that day. I would just grunt back, or worse cry and she would ask me if I wanted a feed and I would just turn my head and go back to sleep.

My angel did that for 18 months.

It was love, caring and sharing that got me out of bed – no hard line austerity, no taking away what little money we had as a penalty or denying me cigarettes or drinking. No, it was love and compassion. I never used to smoke regularly before my depression, only when mixing it in a chop for yarndi.

But when I was coming out of the depression I would chain smoke; I remember my case manager saying it was OK … right now I needed it. He explained that chemically it was doing the exact opposite that I felt physically, it wasn’t really relaxing me but ritually as a practice it was helping me to cope.

And now our own mob are wanting to take these things away, the smokes, a drink and a bet; take away from those who have nothing else. When did we become so mean-spirited? I have been to three funerals already this year, the human reflection of closing the Gap; funerals as a constant are normal for our people.

In all three of the eulogies, I heard how the deceased were well known for enjoying a smoke, dancing, a drink and a flutter at the pokies. When you attend funerals of loved ones the same age it takes you back to your childhood.

Yeah we had yarndi, there was drinking, Charlie Pride singing Crystal Chandeliers, Archie Roach singing Charcoal Lane and No Fixed Address with We have Survived. I remember my Deadly Mother after leaving her Husband and struggling to maintain a mortgage in a housing commission in Inala as a single mother, living on stew and rice while I gave her grief coming home all hours stoned and drunk as a teenager.

“Who owns you…” mob would say as you walked in and they would tell you yarns about yah Grandfather and Grandmother, Uncles and Aunties, yarns that you never heard before, and about yah Mother. Tell you stories about Toomelah, St George and Moree and they sounded greater places than Hollywood; all you wanted to do was get down there one day and walk on country.

What we didn’t have was young people killing themselves.