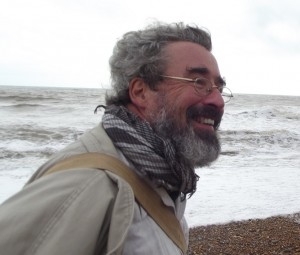 Brian Terrel is a co-coordinator of Voices for Creative Nonviolence. He lives and works at Strangers and Guests Catholic Worker Farm in Maloy, Iowa, where he helps tend a large garden and small herd of goats and chickens. From this little farm, Brian travels around Iowa and beyond, speaking and acting with communities that are working for justice and peace. His travels include participation in delegations to Palestine, Iraq, Bahrain and Afghanistan and he has been invited to speak in many European venues. In recent years, Brian has been active in resistance to remote controlled murders by drones with friends in Nevada, New York and Missouri and on May 24, 2013, he was released from a six month federal prison sentence for participating in a peaceable assembly in protest of drones at Whiteman Air Force Base in Missouri.