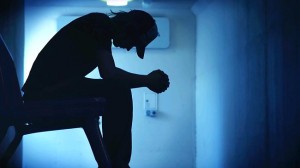 “We have to speak up about suicides because they will just keep on happening. Too many of our people are with heads bowed down, silent, doing shame when we need to break taboos and save lives,” said Chair of South Australia’s Narungga peoples.

“Over the last 30 years, we have witnessed an escalating tragedy in modern Australia with more and more Indigenous Australians, in particular youth, taking or attempting to take their own lives. Almost non-existent before the 1980s, youth suicide across the entire top end of Australia has reached crisis proportions,” said Professor Pat Dudgeon, co-chair, Aboriginal Mental Health and Suicide Prevention Advisory Group Commissioner, National Mental Health Commission.

“A lot of things are happening at night and there is no follow up. Young people who’ve been involved in trouble, whatever that may be, haven’t got a safe place to go to, to feel comfortable and talk to somebody. Not just for the one day, but an ongoing communication, ” Lorna Hudson, Derby, Kimberley.

More than 62,000 Australians attempt to take their lives each year. More than seven lives a day are lost to suicide. Deaths by suicide in 2012 were at least 2,535. This is double the number of lives lost to road deaths annually. Teenagers aged 14 to 18 years old are more vulnerable to dying by suicide than by any other means. Yet, little public conversation is taking place about suicide and the suicides crises.

It is bad for all Australians that depression and suicide are some sort of taboo subject. But at least we have started to break the taboo shackles. The crisis is at horrific record levels for all Australians, it is much worse, much more pronounced for Australia’s First Peoples.

Self-harms, self-destruction, going off the rails, substance abuse, attempting suicide have much to do with various depressions, clinical disorders, trauma and multiple trauma, with a sense of failure or hopelessness arising from low and high expectations, with impoverishment, with the psychosocial self, with identity.

Because of my research into the area of premature deaths, unnatural deaths, suicides there is not a day that goes by without my being made aware of a suicide, or that I speak to a family about their loss. Yet, the mainstream media is still quiet, while national audiences silently crave to learn more and not only in regards to where to turn to but also how to respond to someone who is at-risk. In the end, people need people, it will never work any other way. We need to be there for someone when they need us most.

We can learn much from the families and the communities that have been touched by suicide as we learn much from those who go through illness. The wisdom will be more easily imparted and will resonate best if more families and of those who have attempted suicide are allowed their say in any national conversation whether it is sponsored by the media or by specialist organisations or by government bodies.