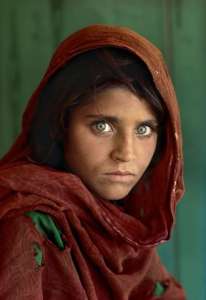 Malala Yusufzai finally got her Nobel. But right here in her hometown Swat in specific and in Pakistan in general there is a mixed reaction towards her achievement. There are some who believe Malala is the true face of Pashtuns and Pakistan and an icon of hope for the rest of children and women. But there are some who believe that the Malala affair is some corporate culture modus operandi of branding a product. There are still some who say it’s an irony that historic Malala of Maiwand Afghanistan was the one who fought against the expansionist Briton in 1880 and the girl named after that great Malala is now standing with the west against those who are fighting the west.

Those who have faced this war for the last decade are still guessing that Malala Yusufzai is not the only girl who raised her voice and faced threats but in fact there are hundreds who lost their lives for daring to stand against oppression.

More than 3000 women have been reported killed in KP and FATA during the “war on terror”. Despite efforts of courageous female icons, women have been targeted with a view to silence their voices.

It took time to research how the target killing of women started in this region. After many meetings and discussions, I ended up at the labyrinth of Afghanistan from where events and stories of recent resistance and bloodshed have poured. It started with Meena Keshwar Kamal, founder of the Revolutionary Association of the Women of Afghanistan (RAWA), who was assassinated by KHAD (Afghan secret police) or Hikmatyar’s agents in Quetta on 4 Feb 1987. She was a known activist and a journalist who fought for the rights of Afghan women. This was the beginning of the process of silencing the female voice in the new great game.

According to Aftab Mohmand, a researcher on the Federally Administered Tribal Areas, ‘June 2004 seems to be the warning shot for women activists; that month women workers were warned to stop their activities in Timergara. On 16 June 2004 in FR Bannu, Bushra Wazir, an activist for Khwendo Kor, was attacked along with her driver. Khwendo Kor is run by a brave Pashtun lady, Maryam Bibi. The organisation was working on community education and Bushra was attacked on her return from a ground visit’. Maryam Bibi, a Wazir by tribe and a known figure in the history of Pashtun women resistance and development, spent all her life fighting the prejudices against women and working for their well-being. Dr Begum Jan, a Mehsud, is another name and symbol of Pashtun women resistance against all the hostile tides targeting women in this region. The life of the fearless Rukhshanda Naz is also exemplary; a non-Pashtun girl who spent almost her entire life giving voice to the voiceless and Burqa-clad Pashtun women in remote areas. Despite such courageous efforts, women in Khyber Pakhtunkhwa and FATA have been targeted with a view to silence their voice.

More than 3000 women have been reported killed in the region during the “war on terror”, including those killed in military operations and terrorist attacks. The number is much smaller than the actual deaths which, like most other issues, have gone unreported. Among these, more than one hundred were reported to be targeted for murder. The actual number is estimated to be twice as much.

Who were these women? They were mostly those who challenged the tools of oppression and fear. They included teachers, health workers, artists and even women on security duties.

In North Waziristan, more than 500 women have been killed in attacks that started in 2005 when six women working for South FATA projects were ambushed close to Miramshah.

In Kurram Agency, a nurse, Surraya, was killed in an attack on her ambulance in 2008, while the total number of women killed, including those targeted in sectarian violence, is more than a thousand.

In Orakzai Agency, the 118 women killed were reported as collateral damage. In the case of Khyber Agency, 2013 was the deadliest for women workers. Farida, a social worker, Shehnaz, a teacher, and another health worker were gunned down in Bara. The Khyber Agency has lost more than 150 women in the ongoing conflict. During 2009, a schoolteacher, Gul begum, was killed in Momand Agency and more than 50 were killed during the conflict.

In Bajaur Agency, two schoolteachers, Shazia and Lubna, were killed right in the middle of the market back in 2009. A health worker was also killed the same year. More than 80 women lost their lives in conflict in Bajaur.

In Upper Dir, a social worker, Zubeda, was killed in 2007 while more than 200 women have been killed during the war. In Swat, an artist, Shabana, and a lady police constable, Alia, were mercilessly killed in 2009.

In Hangu more than 60 women were killed but Shamshad Begum was especially targeted for her courage while working as a security official. Militants warned her but she bluntly refused to be intimidated and was killed along with five other family members inside her home.

In Kohat, Farah, a personal assistant to Commissioner Kohat, was targeted and killed after threats. The militants claimed responsibility for killing another four women. In Hazara, more than six female social workers were targeted and killed in 2010 and 2011. In Swabi, six women health workers, Naila, Jamiat, Raheela, Jameela, Shuhrat and Lubna, were killed in January this year.

In Nowshehra, a health worker, Farzana, and three lady police constables, Shazia, Fatima and Humaira, were killed in different areas. In Charsadda, a lady health worker, Shahnaz, was shot dead in 2012. The figure for the Peshawar valley is much higher. These are not honour-killings but targeted assassinations of women with a cause. There are four main objectives of their target killing:

1) Women are almost 50% of the total conflict population and by targeting them, the militants aim to spread fear among housewives, thus creating mayhem in the domestic environment. This modus operandi was also followed by militants in Swat.

2) Women are supposed to be more committed and their work in the field brings them very close to the people. Women are also viewed as less susceptible to corruption and more determined in the pursuit of their ideals.

3) In a male-dominated society, sometimes working women are viewed as challenging the oppressive system and the oppressors. The entrenched oppressors often use religion and tradition to target them and eventually eliminate the threat they pose to their domination.

4) In this part of the world women are more like sitting ducks, a kind of soft target. Killing women involves less cost and movement.

One thing is common in all these cases. Not one of the cases was properly investigated or followed up. Unfortunately, even female professionals and media persons never bothered to delve into the matter. The target killing of men has received much coverage and attention. However, the only female victim that got any attention was Malala. Other than isolated cases raised after being funded by a particular organisation, the target killing of women in KP and FATA never became a part of the larger debate.

Killing of women is continued and these days throughout the country those lady healthworkers who are vaccinating kids against polio are losing their lives. Dozens of lady heathworkers have recently lost their lives but these brave women like the brave warrior are there with their boots on ground. But these are the unsung heroes of war and are never globally recognized.

I found no daughter of the soil who could speak up for the womenfolk. Meena Keshwar Kamal once said, ‘Afghan women are like sleeping lions, when roused from sleep, they can play a wonderful role in any social revolution’. The question is: where are the women leaders who will wake them up?