Bill Shorten’s profoundest legacy can be his immediate resignation 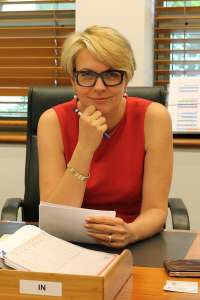 Bill Shorten had his time as a government minister and we saw his wares. We experienced what he was about. He sold himself as someone from within a union championing minimum standards for the worker. But he sold out this sell when he was the Minister for Employment and Workplace Relations, Financial Services and Superannuation.

He did nothing to assist Australians struggling on Newstart – who during his stretch as a Minister were battling on $35 a day.

He had his chance and he failed. Should he get another chance?

During this ministerial stretch he shafted tens of thousands of single parents, the majority single mothers, shifting them from parenting payments and onto the Newstart Allowance. The single parents were at least $60 and up to a $100 a week worse off. This was a low point of Prime Minister Julia Gillard’s government, a low point led by Minister Shorten. It was all about saving $728 million over four years from January 2013. But what about the impacts on the vulnerable?

When relegated to Opposition, Shorten did the typical about face and said his dumping more hardship on single parents was “wrong”. Doesn’t wash… You need to be who you will be long before you become Government, before you’re a Minister, not after this rare opportunity.

Shorten is one of the unashamed me-generation who chase the top jobs despite the carnage and the effects on the nation. Though sadly we get them, we don’t need those type of people in charge of the daily lives of the Australian people. Whatever Kevin Rudd’s faults, the first two years of the Rudd/Gillard Government trended towards one of the better ‘neoliberal’ governments – and they were winning hearts and souls and making a difference in the lives of Australians. But the me-generation of politicans bent on scoring the top jobs smashed to near oblivion a government that was beginning to trend to a perceivably real difference and a context of meanings not seen since the short-lived Whitlam Government. However those hopes have faded.

Bill Shorten is still capable of a lasting positive legacy. If he can find himself capable of an honourable resignation, an immediate one, then the top job can go to the left-leaning Tanya Plibersek who may be more capable to better represent hardship ridden Australians. .

It’s long overdue for two females in Australia’s top two leadership roles. In the tragically unlikely event the ALP do succeed as the next government then Plibersek as prime minister and for instance Malarndirri McCarthy as deputy prime minister would do more for the nation’s soul. It’s now more than a century overdue. A government with half its ministers female and half male is not just the right side of history but just the right thing.

I’m not a fan of any political party, overall all existing political parties let down humanity, cheapen meanings, are banal with their reductionism and minimalism and do less of what’s right and more of what’s wrong.

It is also my immutable view, that come 2019, the ALP and most of the nation will be shocked by an election loss to the incumbent. Mr Shorten does not have the trust of the Australian people; there are collective memories, wounds. He will lead the ALP to a loss to the LNP, who’ll more than likely secure a three to four seats majority. Ms Plibersek on the other hand can lead the ALP to a win, with a five or six seats majority.

The strongest positive legacy that Bill Shorten can have for the Australian nation and for the political party that he has stampeded his way through to the top job is his resignation. That would be the right thing to do.