Bastardry in Australian migration – particularly in relation to disability 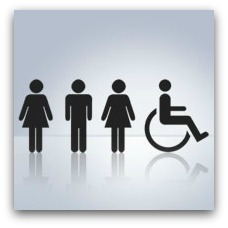 “Disability is often framed, in medical terms, as the ultimate disaster and certainly as a deficit.” – Stella Young.

I have written often of the sheer bastardry of the rules and regulations pertaining to migration into Australia and particularly in the disability sector. Many cases have been highlighted which demonstrate the hypocrisy we practice in this country when we affirm our commitment to the UN Convention on the rights of Disabled Persons and then have a migration Act that clearly and demonstrably discriminates against people with disability. Some of the cases that I have highlighted have included the following:

Case 1: Dr Suhail Durani: Even after the Federal Court has deemed that the DIBP had acted incorrectly in cancelling the visa of Suhail Durani, the department continues to place impediments in his path. At a recent time he enquired as to the department issuing him a visa to return to Australia after visiting aged parents in India. They refused to allow the issue of visas on the basis that he might not qualify for re-entry into this country. Details of his case can be read online at various places. I have also done a number of radio interviews on the matter. See here, and here.

And just when you thought it was not possible for the Department to get even more bloody minded in its approach to the grant of visas, they have managed to outdo themselves yet again. Let me bring you the case of the Winspear family. The following is the email that was sent to me by Deb Winspear. I have her permission to reproduce this so as to highlight these issues:

“Good Morning Suresh, I will outline to you the background of our case and some about our family. I will first start with the Family;

I, (Deborah) and My Husband, Nick have four children. Georgia 18yrs, Ryan 16yrs, Hannah 13yrs and Neve 8yrs. All of our children were born in Christchurch, New Zealand. I was born in New Zealand also, but brought up in Manchester UK, and my husband was born in Manchester, UK. I and my then Fiancé emigrated from Manchester to Melbourne in August 1991. We stayed there a couple of months and then moved to New Zealand. We lived in New Zealand from 1991 to 2008, when we then immigrated to Brisbane Australia.   Arriving on Kiwi Passports the whole family was issued with a Visa 444, which is only available to New Zealanders. There have been changes to the Legislation overtime affecting Kiwis; If a NZer was in Australia prior to Sept 1994 then they are classed as a Permanent Resident (PR) of Australia, being able to have all the benefits of an Australian Citizen. If you arrived after that date and up until Feb 2001, you were classed as a Protected Special Category Visa Holder (SCV) which gave you access to all that a PR was able to access. Legislation changed in Feb 2001, so that if you arrived after February 2001 then you were an Unprotected SCV and had restrictions on what you could access in Australia. As I and my husband had been in Australia in August 1991, then we were able to have our PR reinstated.  We did this in 2013, and went onto sponsor firstly our eldest and youngest children.  We did this in November 2014.  My two daughters had medicals in February 2015 to support the applications.  My eldest was granted her PR in March 2015 and my youngest daughter, Neve was denied.  I and my husband applied for Citizenship in November 2014 and had our Ceremony for Citizenship in July 2015.  We will sponsor our middle children Ryan and Hannah this year, 2016.

The medical officer who did the medical examinations never even examined or spoke to my youngest daughter.  He kept leaving the room as he couldn’t work the computer system and said he would fill out the forms later. This was my downfall for not overseeing what he wrote.  The Dr was old and I believe had no understanding of my daughter and how she is developing. My daughter Neve has Down’s syndrome.

After the denial of the 802 Child Visa, we put in a request for a Health Waiver, which is attached to this Visa.  This application went in immediately in March 2015, through a Immigration Agent I had contacted.  Her name is xxxxxx- I will give you details of her contact at the end of the letter if you wish to contact her for information.   There was a lot of paperwork and reports that had to be submitted to support the application.  The figures below are why they denied my daughter and the costs they believe she will cost the tax payer through her lifetime;

They have estimated the cost of her to the government as, quote; $2,612,477 broken down into the following categories:

We received notification in August of 2015 that the Health waiver had been denied, as they couldn’t allow it due to the costs of what they imagined Neve’s future care to be.

So, now we are at the point of appeal.  We gave the notification that we would be appealing this decision and the application went into the Dept immediately after notification of the denial of the Health Waiver.  We are waiting on a date for the hearing.  Our full submission isn’t in as yet, but is being compiled at present.  I am gathering yet more supporting evidence regarding Neve, her health and support into the future from family.  I have been advised that we will be given a date and will have approximately 4 weeks’ notice prior to the hearing.

My agent put in an application for all documents, FOI, from the Dept, so we can see where they still deem the application to have fallen over.  These documents were received, yet nothing was attached regarding the Medical that was the underlying reason for failure – the Medical that wasn’t a Medical.  She has put in another request for the Medical report to be sent to her and is still waiting on this to arrive.  She queried why it wasn’t attached to all the other documents!

Work since arriving in Australia; My husband Nick, who works as a Fitter (which is on the Skills list wanted in Australia), he has been in work since the first week of arriving here, July 2008, and is still with the same company.

My eldest daughter, Georgia, graduated from High School, studied at TAFE for Cert IV in Early Childhood Education, whilst working in the industry.  She works full time and is now a Supervisor of the Babies room at the Centre.

My son Ryan is about to embark on year 11 at High School.  Last year he did an Internship with a Arts, Media and graphic design company, and he will continue with this year and also with his schooling and working Part Time at IGA.

Hannah is about to start year 8 at High School, Neve is going into year 3 at Special School.  We choose Special School as we saw it as the best placement for her to get the very best support and learning she could, as in Mainstream our children can sometimes be left behind.  I wanted to eliminate any additional stress from her life.

Neve has done some modelling for the Australian based company Wonsie Australia, they advertise worldwide and mostly in America. This was done for no monetary gain, but to bring awareness of disability into the public eye and to show we all have beauty

So, that is where we are at the moment with all of this.

There needs to be a change that isn’t discriminatory against anyone with a disability.

I hope this covers everything.  If you need anything else, please advise and I will forward to you.

So, there we have it. A family of people, originating from New Zealand applies to get Permanent Residency visas as opposed to a 444 special category visa. We grant permission to all the members of the family and deny the youngest child aged 8. The basis of our rejection…that she has a disability (Down’s syndrome) and the costs of maintaining her in our community would be prohibitive and a “burden” to the taxpayer.

Is this what we have become? A nation that assesses the “value” of a potential entrant into this country in terms of a cost? Have we become a nation that is so economically rational that human beings are reduced to a number?

Even if we wanted to examine the cost to us as taxpayers (and I will state categorically that I am opposed to the very concept of that) the very least we could do is assess the productive capacity of this young girl and the value she may bring us in the future.

There is every possibility that this decision will be overturned by the Minister after the AAT decision. But the cost to the family so far of running this to its current stage is well over $10,000. Can the Minister intervene before the AAT hearing? No, the Minister can only intervene after all avenues of appeal have been exhausted. So the process has to be run as shown hereunder. And in all of the cases above we have had to play this out in the fashion listed.

Can I ask all of you who read this to join with me in saying to Deb Winspear and her family that this action is “not in our name”? We are a better society and community than this department has made us by these decisions. Keep your eyes peeled for a petition etc that will commence after the Tribunal decision is received.