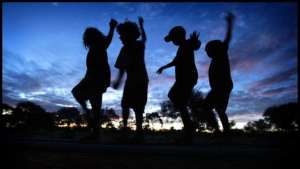 As both a journalist and researcher I recently read the latest media guidelines by the Department of Health in how to report suicides and mental health. Though I for the most part agreed with most of the guidelines I was disturbed to read recommendations that effectively play down what is indeed a suicide crisis among First Peoples – indeed it was recommended that the word ‘epidemic’, should not be used. Well, I will use it because it is an accurate and true reflection of the crisis afflicting this nation, and it is a tragic indictment of the national consciousness that the truth should be dealt with such sensitivity that in fact it diminishes the truth.

The guidelines were put together for the Department of Health by the Hunter Institute of Mental Health (2014) – Reporting suicide and mental illness: A Mindframe resource for media professionals. (They recommend that any citation should include Newcastle, Australia: Australian Government Department of Health.)

Of course we should not report certain facts, often such facts as the method of the suicide or the exact location. Of course we should consider what details are in the public interest and which are mere sensationalism. Of course we should respect cultural sensitivities in addition to familial and community grieving. However, I have a problem with the report in a several areas.

For the last four years my research has been consumed by the suicides crises, and of other unnatural and premature deaths in our nation. During the last couple of years I have used my other bent, journalism, particularly with The National Indigenous Times, The National Indigenous Radio Service, and the independent online news service, The Stringer to translate much of that research into journalism. I have used these formats to bring to the national consciousness the horrific extensiveness of the suicide crises in this nation, particularly the crisis among First Peoples. However the ‘Mindframe’ report goes as far as suggesting that death by suicide in this nation is a ‘rarity’. Bullshit. Suicide remains the biggest ‘killer’ of our youth aged 14 to 18 years of age. Among First Peoples, one in every 24 deaths is reported as a suicide (Australian Bureau of Statistics). Is one in 24 a ‘rarity’? No. Furthermore my research has led me to believe the real rate of death by suicide is indeed closer to 1 in 12 and that by 2020 unless we address the crisis the First Peoples will be enduring a crisis that may well touch nearly every nuclear family.

Of course, I believe in the good news stories, in the narratives where people overwhelm psychosocial issues and better their lives, where they come from a dark place to a good place, but the fact remains that the statistics are starkly disproportionate and the good news stories are not majority – not just with suicide, but with various self destruction, with myriad health issues, with incarceration rates and with extreme poverty.

We cannot lie to ourselves, and then be made hostage to these lies, we must deal in the truth, and in so doing see what needs to be done. This is not about holding anyone, including Governments, hostage to past mistakes but in moving to the ways forward.

If I had not highlighted the suicide crisis of First Peoples in the last year, and if I had not sustained the coverage, then much of what little has been achieved in awareness raising in the last year and leveraged into mainstream news would not have occurred. It would have been censorship by omission.

When I wrote one story after another, I wrote them on behalf of many voices, many coalface workers, many communities – all who said to me, from Beagle Bay, Kennedy Hill, Derby, Balgo and Mowanjum in the Kimberley, to Kalgoorlie in the Goldfields, from communities in the Western and Central Deserts, to everywhere imaginable, “do not hold back, take our stories to the rest of  Australia.”

And this is what I will continue to do, that is till our Governments finally heed the tragedy and address it. Because of my research and because of my journalism this far too long unheralded tragedy is now known more so than before. However more awareness raising is required and the real problems nutshelled for the Australian people. This debacle of long time neglect has seen the crisis escalate year by year.

Governments have got away doing very little about it because the media has not kept them accountable. I have travelled to far too many communities over far too long a period, decades, and seen that the social ills and the crises have got worse. Because of my sustained coverage through particularly First Peoples specific media I was able to corner the Indigenous Advisory Council on the suicide crisis, and Warren Mundine listened and included the crisis to his Council’s agenda (October 23). I recently travelled with Mr Mundine and Federal Minister for Indigenous Affairs, Nigel Scullion through Western Australia’s Gascoyne and Western Desert and we discussed the crisis. However they need to act, and the ways forward are simple, not difficult but they must be implemented without delay.

Minister Scullion and I are to meet again soon. If I did not believe they are capable of acting in the ways that matter I would be going about trying to address the tragedy in other ways.

In the end this is about the saving of young lives, which should be this Government’s and this nation’s first priority.

To the Hunter Institute of Mental Health, authors of the 2014 guidelines, Reporting suicide and mental Illness: A Mindframe resource for media professionals, I have the following comments. In your report you wrote, “While suicide is a relatively rare cause of death, it affects many people within the community and the impacts can be widespread.” I disagree, it is not a “relatively rare cause of death”.

In your report you wrote, “Suicide prevention (is a) legitimate topic of public interest and research shows that media reporting of suicide in Australia is extensive.” I disagree that the media has written extensively on the suicides crises, it has not. There has been near jack discussion on psychosocial strategies and on suicide prevention strategies. If anything suicide is still some sort of taboo in all communities, with all cultures victim to this, and far too many people do not know enough to pick up the warning signals of suicidal ideation or how to deal with the event of suicide or its attempt. We need the media to do much more than it has been doing. And in doing so secure the cultural shift that will get our Governments acting, this is how it does act politically, sadly.

The report noted it has used research from more than 100 international studies about how to report suicide deaths and that some of the reporting has been ‘associated’ with increased rates of suicide and suicide attempts. As noted, I do not disagree with the majority of the report, I respect the bulk of it but I full-stop disagree with parts of it I have already addressed in this article. Most of the suicides I have come across are not because of ‘copycat’ suicides, their origin lies in social, emotional, psychosocial and habitat factors. We need to smash our taboos and fears about suicidal ideation and its evolvement and deal with it honestly. People need people, and Governments please take note, this is foremost, you need to fund a capacity for people to help people. You also need to end third world akin poverty in far too many remote Australian communities. You need to respect historical and cultural identities, and in the Central and Western Deserts for instance these cultural identities are vastly different, indeed foreign, to how we know ourselves within huge Australian metropolises.

I have met with scores of communities, thousands of people, Elders, coalface workers, grieving families when I refer to the suicide crises among First Peoples, as opposed to what I often find among so-called experts in Government or in academic institutions who may never have visited one of these communities or come into contact with the grief of family.

The Mindframe report is wrong in my view to suggest we should not write about this tragedy on the front page of our newspapers, indeed this is where I have fought to have this tragedy told. The National Indigenous Times has run a number of front page stories on the suicide crisis. Why? Because no one else had and therefore far too few knew about the extensiveness of the crisis.

The powerful headlines are necessary if we are to wake up Australians to this tragedy within the world’s 12th largest economy and wealthiest nation per capita.

I will continue to listen to the families and communities that call out for help, and it is their call I have taken to the Australian people and to Federal Government and indeed to the Prime Minister.