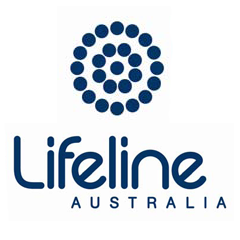 Australia’s suicide crisis is a taboo subject for the majority of Australians and this is clearly identified by the lack of substantive coverage in mainstream media. For both First Peoples and non-Aboriginal Australians the suicide crisis has reached all-time highs. However suicide prevention funding and the roll-out of other strategies are not happening at the Federal level, not at any level for that matter – State and Territory.

2012 was one of the worst years on record for suicides, per capita one of the highest since the 1960s. In 2012, a ten year peak was sadly reached with 2535 reported suicides in Australia. However remote Australia is where the suicide crisis has dramatically spiked for both First Peoples and non-Aboriginal Australians. Between 2000 to 2010, there were 996 reported suicides of First Peoples, the majority in remote and regional Australia.

The ABS report Causes of Death, 2012, included the statistics on deaths by self-harm. The Federal Government needs to examine the remote and regional crisis where people suicide at more than twice the rate of urban Australians. However, the most dramatic crisis is with First Peoples, who are suiciding at four times the rate of the rate of the rest of Australia. 1 in 24 First Peoples reportedly die by suicide each year however my own research estimates that in fact it is more likely 1 in 12 are dying by suicide each year. This is in addition to other health related unnatural and premature deaths which have given rise to the third-world akin grim statistic that one in three First People will be dead by the age of 45 years.

I have been working as closely and as hard as I can with Canberra (Federal Government) in trying to get the suicide crises adequately addressed. The Chair of the Indigenous Advisory Committee, Warren Mundine, accepted my research and recognised the crises and on October 23 included the suicide crisis sweeping First Peoples into his Committee’s agenda. Mr Mundine spoke at length to me during a recent trip together in the Gascoyne and Western Desert however now is the time to act, not later, and in acting now to act with the eye on the ball and resource everything that needs to be done. What needs to be done is not rocket science.

I was to meet recently once again with Federal Minister for Indigenous Affairs, Senator Nigel Scullion to discuss the crisis. I could not attend a planned meeting between us in Perth last Sunday because I flew out of Perth to Sydney to be by my father’s hospital bedside as he is in the last of his days. Senator Scullion kindly phoned me yesterday to wish my father and family every good stead, and I much respect this. We will meet soon, and hopefully we can move with the urgency that is needed to end the crises, not only for First Peoples, but for all Australians. The biggest ‘killer’ of our teenagers, 14 to 18 years of age is not cancer but indeed the tragedy of suicide.

I find it the saddest indictment of the national consciousness that what there has been of news coverage of the suicide crisis among First Peoples has been generated or leveraged by myself. I have now slogged away for one year in sustaining the coverage and in generating whatever little I have. I know that there will come a time, hopefully soon, that the suicide crisis among First Peoples will be better and properly understood by mainstream news media and by all Australians.

There is no greater legacy any Government can achieve than to save lives, to restore hope in people, to give youth every chance at life. If this Government reduces the suicide crises than whatever all its failures elsewhere it will nevertheless have a legacy to be proud of. The suicide crises must be front and centre of the national agenda – get these crises addressed and the Government will find it will have addressed many other issues too that at this time it may not recognise are intertwined.

Senator Scullion, thank you for being prepared to meet with me again and I look forward to meeting with you. I have been translating everything I have been doing on the suicide crisis into journalism – albeit at times as advocacy journalism – because it is in the national interest and a conversation that we must have.

We have a suicide crisis and despair never before seen among many of our people – our support services, including Lifeline, having seen demand increase for their services by 20 per cent in the last year alone. We must be there for people – people need people, it’s a basic psychosocial human tenet.

Leave a Reply to Marlene Hodder