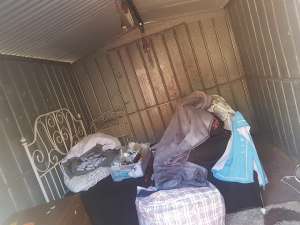 There are 180,000 Australian families on the public housing lists. The majority will never be housed. A significant proportion will lose family members to the street present homelessness, to juvenile detention centres, to the prisons and to unnatural deaths including suicide. Our governments can afford to build homes for every family on the waiting lists but they won’t.

Western Australia is the wealthiest jurisdiction per capita and in terms of median wage, in the world’s 12th biggest economy. There are 19,000 Western Australian families waiting for a public housing rental. But one government after another will not build the houses.

Furthermore, many public housing rentals are inadequate while some are an abomination. Much of the regional public housing is deplorable while in remote towns and communities the housing aren’t anything more than hovels, corrals of human misery and suffering.

I see the inside of many public housing rentals and no matter how house proud many families are, how well they maintain their homes, they are hovels where people have been stranded within, to struggle in dire living conditions, many to degenerate to depression, to disordered thinking, to aberrant behaviour.

The other day I saw how one Perth family lives. They have eight children, young children. The children sleep in the three small bedrooms and in another room converted from a small storage area to a bedroom. And that’s a good public housing rental. So the parents can give the children the best shot possible at life they sleep outside in the tool shed.

Every state and territory government needs to better support and adequately fund their Department of Housing to better support families, to build the new homes needed, to upgrade existing ones from the deplorable and abominable.

The Henderson Poverty Line measures a family of two adults, one who is working, with two dependent children.

The Melbourne Institute of Applied Economics and Social Research updates the Henderson Poverty Line income and cost of living quotients.

A family of four with an annual income less than $1000 a week are living below the poverty line.

The majority of Australia’s homeless are people borne of absolute poverty and not relative poverty. The homeless are officially numbered at 116,000 but I estimate the homeless at 300,000 – I have written widely on this.

Australia has nine million private dwellings, with an average 2.6 occupants per household, but the officially one in 200 Australians who are homeless, more than 100,000, of whom thousands live on the streets, have no chance of ever affording a house. Neither do the millions of Australians living poverty.

Private renters — those who pay rent to a private landlord — are 24 per cent of the Australian population.

Australia provides more than 400,000 social houses while around 180,000 families remain on the waiting lists.

If social housing were to disappear there would be hundreds of thousands more homeless Australians. Maybe a million more homeless.

Anyone below the Henderson Poverty Line has little chance of affording a private home. Those who are in some form of homelessness — living in overcrowded dwellings or crisis accommodation or toughing it out on the streets— have just about zero chance because the majority of the chronically homeless are dirt poor. Many have mental health conditions.

Any serious conversation about housing those on the waiting lists requires the development of more social housing, in fact, 180,000 public rental houses need to be built.

Dramatically reducing acute homelessness for those sleeping rough requires tailor-made support to address the negative issues and traumas that have alienated them to the streets.

Nearly one in three of the chronic homeless is born overseas and one in four is an Aboriginal and/or Torres Strait Islander.

One in six of the chronically homeless is aged 12 years and younger — nearly 20,000 children aged 12 and younger are homeless in the world’s 12th-biggest economy.

The money is there, the nation can afford to build the public housing rentals, the homes that will put a roof over the heads of families but governments choose not to spend. In the end it’s about what our governments are prepared to champion, and no political party is prepared to spend on the ending of homelessness, on the provision of enough homes for those living below the poverty line.

So, 20,000 children aged 12 years and less live on Australia’s streets and more will join them. It is no surprise that parents will sleep in a tool shed to at least give their children a shot at hope. 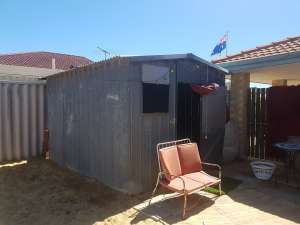