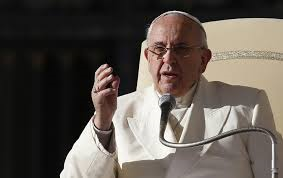 Chairman of the Australian Catholic Social Justice Council, Bishop Christopher Saunders says Australia’s human rights record is being undermined by inhumane policies. Bishop Saunders pointed to the asylum seeker asylum policies which deny refugees sanctuary and the push by the Western Australian Government to close up to 150 of the State’s 274 homeland (remote) communities. He is also concerned that the South Australian Government may follow Western Australia’s lead and close as many as 100 communities.

“How can we possibly say that Australian citizens in remote communities do not have the same rights? But the Commonwealth and State Governments seem unwilling to scrape together a small fraction of the amount needed to provide the basic services to Indigenous communities,” said Bishop Saunders.

He states that the benchmark of a country’s human rights performance is seen in how it treats its most vulnerable.

There are now fears across Australia that State and Territory governments will adopt the same policy and shut down many of the nation’s Aboriginal homelands. Some of these homelands have never seen their people moved off Country – their ancestors have lived on Country for thousands of years.

The National Aboriginal and Torres Strait Islander Catholic Council (NATSICC) released a statement saying it was gravely concerned at the proposals to close down remote Aboriginal  communities and that the move is a further drive to dispossess First Peoples people off their lands, hence disconnecting them from their history and their culture.

The NATSICC statement quoted from Pope Francis’ 2013 Evangelii Gaudium in which the Holy Father said: “it is essential to draw near to new forms of poverty and vulnerability, in which we are called to recognize the suffering Christ, even if this appears to bring us no tangible and immediate benefits. I think of the homeless, the addicted, refugees, Indigenous peoples, the elderly who are increasingly isolated and abandoned, and many others.”

NATSICC stated that dispossessing First Peoples from their land, unfortunately, is not a new form of poverty and is a recurring theme in Australia. According to Pope Francis, “Severing the ties of Aboriginal people from their land and thus their culture, spirituality and very foundation of their being, is unethical, immoral, un-Christian and heartless.” He warned that further dispossession of Australia’s First People will lead to even more disturbing and abysmal socio-economic, social disaster and with incarceration rates of First Peoples tragically continue to soar. He lamented the human rights record of contemporary of contemporary Australia.