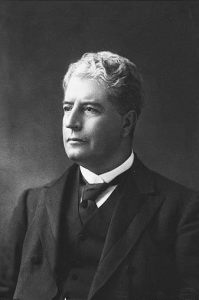 Prime Minister Gough Whitlam’s The Racial Discrimination Act 1975 sought to journey Australia in a new direction –  having condemned The White Australia Policy. Australia, dominated by a majorly conservative class and apothegms, was in effect trying to catch up with social movements around the world – such as with the United States of America’s Civil Rights Bill 1965, and the more liberal precepts of most of Europe. For Australia to be at least seen as striving for equality it had to formally replace The White Australia Policy, that policy which discriminated against all peoples with the exception of those of Anglo-Celtic-Saxon origins.

Despite a number of efforts, of various weight, to move Australia into a new direction – a multicultural Australia – there is still a long way to go in terms of understanding and reaching equality. Australia is still a nation dominated by the Anglosphere, and by premises and assumptions which have their origin-of-thinking in generations past, but these assumptions, despite the removal of The White Australia Policy, are still passed down, in one form or another, generation after generation.

The veils and layers of racism are myriad, and within these layers Australians are caught up within, whether complicit in one form or another, or whether reactive but yet hostage. Australia is indeed a very conservative nation, one of the world’s most conservative nations – in that social change agency is stifled. Australia does not have a history of great internal struggles in terms of unfolding human rights, social justice and equality. Australia’s affluence, owned predominately by its Anglo-Celtic-Saxon dominants, have not driven social change to the extent that it affirms and includes all Australians – this is self-evident. There will be equality in Australia when it is reflected in all our public domains and institutions. Political parties need to lead the way, but they lag among the worst offenders.

Our Australian parliaments do not reflect the demography of Australia and are still held hostage by the Anglosphere.

The origins of change in Australia are usually driven by external influences, from outside our borders – by social changes in the rest of the world. And because of the resistance by the conservative dominants to some of these social changes elsewhere in the world many meaningful changes endure a lag-factor. The lag-factor is self-evident. It can take a decade or two for Australia to catch up to some of these cultural waves.

Australia’s conservatism and racism can be found not only in an examination of The White Australia Policy, in the first half a dozen decades of our Federal parliaments, and in much of the media of the day, but it can also be seen in any examination of our Prime Ministers, Premiers, and legislation during the last several decades. Johannes Bjelke-Petersen who was Queensland’s Premier from 1968 to 1987 typified the dominant Anglosphere, working only its exclusive interests. He typified Australian racism even in the face of modernity.

Australia has still not recognised that there is only one race – the human race, and this is evident because Australia does not reflect the whole of its humanity in our parliaments.

In general, less than 10 per cent of Australian parliamentarians are of other perceived or reported cultural ethnic origins – this equation does not match the demography of the Australian population. There is a long way to go before there is equality in Government, and therefore till this happens there can be no equality before the law or in the public domains.

Australia’s conservatism, the affluence of its dominating Anglosphere, culminates in a lack of urgency on the part of those who have dominated during the last two centuries – therefore denying for the time being the harmony of equality.

Australia can only legitimise equality when its parliaments reflect the demography of Australia – confirming the Australian identity.

More than 90 per cent of Australia’s parliamentarians are of an Anglo-Celtic-Saxon origin, and of this 90 per cent, more than 90 per cent again have more than 100 years of familial history in Australia – therefore continuing the consummation of premises founded in origins-of-thinking generations old – passed down unequivocally by permeation and permutation, inter-generationally.

The first Prime Minister of Australia, Edmund Barton was one of the authors of The White Australia Policy. Therefore the highest office in the nation was causal to the implementation of extreme racism. The members of the Australia’s first parliament, following Federation, assembled in Melbourne on 9 May 1901. One hundred and eleven members, comprising 36 senators and 75 members of the House of Representatives. All were men. Women became eligible to stand for Federal Parliament in 1903.

Although women were eligible to stand for election in South Australia, no woman did stand for federal Parliament until the election of 1903. Founding authors of The White Australia Policy continued in Australian politics till nearly the Second World War, with every Prime Minister up to 1923 having been a member of Barton’s first Parliament. The first Australian Government was delivered on an injunction that only British subjects could be elected to our parliaments.

Australia has come some way, though not all the way, with women in parliament – female parliamentary representation now sits at thereabouts 30 per cent, despite women making up 51 per cent of the Australian population. In 1962, there were only five women in parliament, but during the last decade there have been close to 70 women in parliament. The Australian Labor Party led the way with the affirmative actions to preselect women in winnable seats. Nevertheless, it has been a century-slow crawl to parity between men and women, and yet we are not there, though we are a significant part of the way there. However, for Aboriginal and Torres Strait Islander peoples and multicultural Australia, one hundred years later we are still being denied any meaningful representation, and therefore the racism stares back. Will it take to 2100 before there is parity?

Addressing racism is a cognitive experience, and as I describe, there are many veils and layers to racism, and therefore where racism is not addressed by actions that amount to equality, where affirmative actions are not enabled, therefore this too is racism, racism by neglect be it, nevertheless racism.

One aspirant political party that got it as close to right was The WikiLeaks Party. Of their seven Australian Senate candidates in the 2013 Federal election, three were born overseas, two were of Indian heritage, one of Greek heritage, and three were women.

Our parliaments are the heart and soul of the nation, they impose a consciousness that is collectivised by the humanity. Parliaments legislate values, morals, way of life, how we are to engage with one another. Unrepresented groups have no say in all this, this simmers tensions, can humiliate identity by making it a liability, cultural and historical, and therefore we engage in what should have been unnecessary, in the politics of identity, when equality should have brought us together in harmony.

Diversity in our Parliaments, reflective of our demography, is the difference between inequality and equality in our nation. Each political party should have an obligation to ensure the social justice of equal and fair representation, and therefore ensure that their policies and platforms are built from within an engagement representative of all Australians.

In Australia, the creation and expansion of the Senate was an affirmative action to ensure equality for the States, and eventually for the Territories. Therefore, affirmative actions can be for instance taken to ensure half our parliamentarians are women, half are men – The Senate should make 38 seats available to women, 38 seats to men. Political parties can take on the personal responsibility that people of Aboriginal and/or Torres Strait Islander, Asian, African and other origins should be unequivocally represented in our parliaments. This will enfranchise Australia with equality and harmony and generate the respect of myriad values that will coalesce humanity, and unfold the human rights language and social justice vocabulary we are yet to read and hear and therefore understand.

Parity can be achieved.