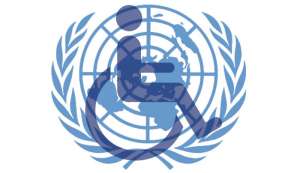 The gloves have to come off at some stage. We need everyone in Australia to make this a priority issue for the new government. I have written about this so many times in the last few months that it is becoming repetitive. However until any government agrees to list this as a priority issue for us in Australia, we will remain a country that has signed the UN Convention on the Rights of Disabled Persons and then blatantly flaunts it. We have breached it so many times in regard to the Migration Act. Here is the latest effort by the Immigration department:

Dr Biswajit Banik and his wife Dr Sarmin Sayeed are from Bangladesh. They came here on a student visa. Biswajit has completed his PhD in Men’s Health and has established himself as an international expert in Rural Men’s Health. He is an academic at the Faculty of Medicine at Monash University in Melbourne. Sarmin has a medical registration in Australia and works as a General Practitioner in a Melbourne Suburban practice. She has also completed a PhD in Women’s health at La Trobe University. Their contribution and potential contribution to this country can easily be assessed and found to be at the absolute peak of various residents’ contributions.

Only 6.2% of our population in Australia has an “above school” qualification. This makes the Banik/Sayeed family almost unique in having not one but two PhD’s as well as Medical degree registration. Any country would be calling out to have them as residents.

Not so Australia. They have applied for Permanent residency and have been denied this by the department of Immigration and Border Protection. Their tribunal appeal has also been denied. So now we have the prospect of appealing to the better judgement of the Minister to overturn that decision.

Why have we denied this family residency? Because their child Arkojeet has Autism. Arko is 12. And because the archaic provisions of the Migration Act regard Arko as a “burden to the taxpayer” we will not allow him PR. I have explored the issues in this regard many times in articles in The Stringer. Some of these articles are here, here and here.

Let me quote verbatim from the Petition that has been established by the family:

“Since arriving in Australia, Arkojeet has been diagnosed by his Paediatrician, GP and several Australian psychologists, and more importantly by the Medical Officer of the Commonwealth (MOC) with a “mild autism spectrum” disorder, which has been extremely well managed with appropriate care and early interventions by his parents, both of whom are highly skilled in this area of medicine and who possess both the medical expertise and values to responsibly care for their child without placing the burden of care on anyone else, including the Australian government.

The majority of Arkojeet’s behaviours are classified as normal for his age and his only symptoms are minor attention and communication difficulties. With continuing improvements in his behaviour and development, Arkojeet is currently being considered for a transition to a mainstream school in Melbourne.”

It is now time to get their petition signed by as many people as possible. The URL for that petition is here:

Please share this as widely as possible and get the number of signatures up to at least 25,000.