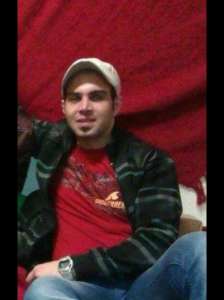 The Australian Government has prepared a media release on the “passing” of Saeed Hassanloo. They prepared it yesterday morning, with reports relayed back to them from the Department of Immigration that physicians at Royal Perth Hospital have stated Saeed’s passing is imminent. The parliamentary staffers of the Federal Minister for Immigration, Peter Dutton, have prepared a ‘statement’ ready for release as soon as he passes away.

They gave it to him and he may have read it quickly without anything discussed. But confusion reigned yesterday. Reports surfaced of Saeed’s passing. Journalists told me they had phoned Minister Dutton and that the Minister told them that sadly Saeed had passed away. Media would later be contacted to let them know that the Minister had ‘misheard’ what the staffers had ‘told him’.

It saddens me to think this is how much value they put on a human life – just a statement prepared for the Minister to be released upon the young man’s death. What has happened to humaneness? And all this during Easter, hugely significant for many. And all this while Australia canes Indonesia over the two young men from the Bali Nine facing execution. But Minister Dutton and Prime Minister Abbott are not prepared to save this young life with refugee status for him and his brother.

They have spent six years in immigration detention. They are stateless. They are alone, except for the refugee rights advocates and human rights group who stand alongside them.

These are disappointing and difficult times thanks to 15 years of regressive divisive misinformation and propaganda and lies from one Government after another to the Australian people about asylum seekers. The disturbing Tampa lies typify the disgrace that are our Governments.

If we go back to the early 1980s the then Government stepped up to resettle Kampucheans and Vietnamese asylum seekers. Conservative Andrew Peacock threatened his Cabinet with his resignation if Australia did not resettle ‘the boat people’. They agreed to resettle 40,000 and in the end resettled 70,000 without too much of a song and dance. Compassion is not the bastion of any body politic but of humanity. We were not put on this earth to betray one another even though we have learned to do so.

If Saeed is still breathing, this will be 43 days without food and more than a week without water. His sense of hopelessness is so deep that he has informed the medical staff that he is not to be resuscitated in the event… But when he passes, as all appears forlorn, he will become Australia’s first hunger striker death. For 35 days of his hunger strike the Australian nation was denied knowledge of this, only the Australian Government, Immigration and a section of the Yongah Hill detention personnel knew. This is criminal. Had the media been availed to news of the hunger strike, there would have been a national conversation, and just maybe his life would have been saved. This was censorship by omission. The Australian nation is being denied even a legitimate conversation on issues that go to the heart of who we want to be. Our Government(s) shame  us.

Saeed’s last wishes include the plea to the Australian Government to grant his older brother Majid refugee status. It is my understanding that Immigration is considering Majid’s request to be by his brother’s hospital bedside. This should have been a given.

A hunger strike is born from a sense of all things bleak, of no respite in sight, of all things hopeless. For one so young to will death everything around him must be dark.

A Department of Immigration and Border Protection spokesperson stated, “An Iranian adult male from Yongah Hill IDC is currently being cared for in hospital. The Department is working very closely with its service provider and medical staff to ensure to ensure this man is receiving the most appropriate care possible.”

And then they too passed the buck with, “The Government has made it very clear that when a person has exhausted all avenues to remain in Australia, they are expected to depart Australia.”

Minister Dutton’s staff have prepared the ‘death statement’, bureaucrats wherever have gone into lockdown and there are no ‘Schindlers’. Ironically, Saeed may never leave this land, the land he was denied to walk. Maybe his brother will be graced with that right.

One thing for sure, Prime Minister Abbott and Deputy Prime Minister Julie Bishop will no longer be able to look in the eye President Joko Widodo and plead for his compassion, for mercy, for clemency.

For Saeed, though many of us in the know understand that all appears hopeless, I still pray for hope – while there is life there is hope.