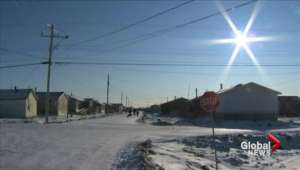 Suicide among the descendants of the First Peoples of nations with relatively recent colonial oppressor histories has reached humanitarian crisis levels with arguably the Australian experience the worst. The sense of hopelessness among descendants of First Peoples in middle and high income nations such as Australia, Canada and the United States has reached catastrophic crisis levels. But it is nothing new, only that at long last the fact of the suicides is being covered by the mainstream media.

The crisis is the world over, from the Guarani people of the Brazilian Amazon to the Lakota Indians, to the Attawapiskat people of Ontario. The sense of hopelessness is not just among young adults but is washing through to children – suicides of children aged 9, 10, 11 and 12.

Last week, journalist Ian Austen of The New York Times reported that since September, 101 Attawapiskat had attempted suicide. The Attawapiskat community has around 2,000 residents. In eight months five per cent of the population attempted suicide. On the Saturday of April 8, there were eleven suicides in the community. Last September, a 13-year-old girl took her life.

In Australia, one of the world’s wealthiest nations, the divide between the descendants of the continent’s First Peoples and the rest of the population is wider than anywhere else in the world. Where five per cent of Attawapiskat people attempted suicide during an eight month period, and on an annual basis on that trend that translate to around 7.5 per cent, in Australia, over five per cent of Aboriginal and Torres Strait Islander deaths are registered as suicides. One in 19 of Aboriginal and Torres Strait Islander deaths are accounted as suicide. However, many believe the suicide rate is higher and I estimate that it is between one in 10 to one in 12. There are under-reporting issues. All these statistics are staggering and the statistical narrative is important because in the end these numbers are people. The statistical narrative describes a crisis that is appallingly extensive and that suicidal ideation is pernicious. The narrative is a damning indictment of the Australian nation.

The Attawapiskat community has declared a state of emergency. Canada’s parliamentarians are speaking to the crisis. Austen quoted Nishnawbe Aski Nation chief, Alvin Fiddler, “You see right across the territory a lack of proper housing, a lack of proper health care, the lack of access to clean drinking water.” Fiddler said of the emergency call, “I hope it gets the governments to react.” But it is not the first time that a state of emergency has been declared in a Canadian First Nations community. What occurs is that governments do not actually listen. This is what has been happening right around the world in nations with relative recent colonial oppressor histories – they have sat idly by as the sense of hopelessness increases, as the suicide numbers increase each year. Australia is a case in hand.

In Australia, the suicides have continued in a tragic upward trend for more than a decade. For every suicide there are at least a score or more attempted suicides. Where between five to ten per cent of Australia’s Aboriginal and Torres Strait Islanders take their lives, it is reasonable to estimate that at least one in four ideate suicide.

A Canadian parliamentarian, Charlie Angus said, “Unfortunately, suicide attempts are quite prevalent in many of our communities.”

“I’ve lost count of the states of emergency.”

We have all lost count of the inaction of governments – not just in Canada but in Australia, in the United States, in many nations with recent colonial oppressor histories. This is genocide in the strict definition of the systematic destruction of peoples. In Australia, there is once again chatter in our parliaments but if we refer to the track record nothing good will eventuate – just a betrayal of expectations for those who choose to hold out hope.

The Attawapiskat community is only 100 kilometres from an open pit diamond mine. But the Attawapiskat people remain corralled in grinding poverty. This is a theme the world over. In Australia, we have the majority of Aboriginal and Torres Strait Islander regional and remote communities in proximity or living alongside of affluence. Mining companies reap the resources of the lands that Aboriginal and Torres Strait Islander communities call home but ever so little is returned holistically to the communities. There is no equality. Racialised economic inequalities prevail.

In a Western Australian community in the Kimberley in March, international media paid attention after the suicide of a 10-year-old girl. The media attention spawned a flurry of responders and mental health workers. The government felt it had to be seen to be doing something. After the state of emergency in Attawapiskat, the government of Ontario, as did the Western Australian government, flurried mental health workers and responders. But the problems facing Attawapiskat and the Kimberley remain after the health workers leave.

There are no words imaginable to describe the loss of a 10-year-old child to suicide, or for that matter of an 11-year-old, 12-year-old, 13-year-old, of any child. We were not put on this earth to bury our children, but tragically it happens. I have often despaired at the sense of hopelessness that many young people feel. Recently, I was in a large regional community where we buried three young people in five days, the youngest a 15-year-old girl, and another was 17. Their graves in a row, an image bent into my memory that will never leave me. I wailed on the inside, that each of these young ones surrendered more than a half century of potential life years.

The contributing factors are multifactorial and intertwined however, they are underwritten by acute poverty, disadvantage and marginalisation the like that should make no sense in one of the world’s wealthiest nations. The majority of Aboriginal and Torres Strait Islander regional communities are denied an equivalency of social infrastructure and services and opportunity that regional non-Aboriginal communities enjoy. This denial of the suite of infrastructure and services that the non-Aboriginal communities enjoy as a natural right translates toxically as racism. Racism has many veils and layers and indeed this incongruous disparity is racism. How are Aboriginal and Torres Strait Islander people supposed to navigate their cultural settings – that of their own and that of mainstream Australia – when they are denied the instruments needed?

Understanding difference and unfairness dished out to the descendants of the First Peoples in nations with recent colonial oppressor histories is a first step in suicide prevention. The high rates of suicide are founded in the sense of hopelessness and in the resistance to one-stop-shop assimilation, in the powerlessness and in its chronic pain and trauma. Situational trauma as a constant narrative degenerates to multiple and composite trauma, and for many ruins lives with aggressive complex traumas.

Suicide prevention should not be focused alone on reducing risk factors, but just as focused, if not more so, on increasing protective factors. The point is that suicides, the leading cause of violent deaths, are the most preventable violence. We cannot continue to hide in silences and dangerously internalise this tragedy. This humanitarian crisis needs to translate from a pressing issue to national priority. There is no greater legacy than to improve the lot of others, to the point of changing lives, saving lives.

Aboriginal and Torres Strait Islander child suicides are on the increase but childhood is a protective factor. The high rates of suicidal ideation, high levels of psychological distresses and acute depressions among these children play out dangerously as they leave behind whatever protective factors there were in their otherwise train wreck childhoods. Once they get to their twenties life becomes an accumulation of life stresses and family building they need to navigate. The twenty-something-year-olds are the most vulnerable and the majority of the suicides.

The Canadian landscape has moved on from Prime Minister Stephen Harper to Prime Minister Justin Trudeau. He appears to be listening but we will find out if his government will actually listen and bring on the equality. Time will soon tell. With the Australian political landscape, I am despairing. I do not know what it will take to get governments to actually listen. One government after another has failed so many people, failed so many children, failed in advance generations unborn. These governments are indeed responsible for filling the prisons with the most marginalised and they are responsible for one in four Aboriginal and Torres Strait Islanders ideating suicide. They are responsible for the one in ten taking their lives. Silence and inaction continue to make certain the lot of generations unborn. What does this say about the Australian nation?

–          Gerry Georgatos is a suicide prevention researcher and campaigner, a human rights advocate with the Institute of Social Justice and Human Rights