Another tale of WA’s forgotten and hidden history: Don McLeod and the 1946 Pilbara strike 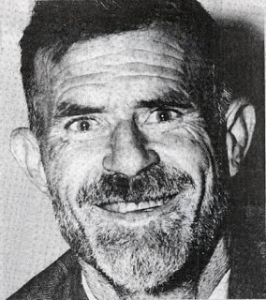 “He basically waged war against the West Australian government. He collected an enormous cache of documentation; he was going to run this huge High Court case based on legislation back in the late 1800s to try to achieve land rights for Aboriginal people. Pretty much to his dying day he was in there boots and all fighting for Aboriginal people.”
Deborah Wilson on Don McLeod.

Since 2010 I have been writing about the historical silences and the hidden and forgotten history of Western Australia.

This includes blog pieces on Aboriginal deaths in custody, Aboriginal poet Jack Davis on Aboriginal history, and the death of John Pat, the Wagerup community taking on Alcoa, the Esperance lead scandal, the scandal of asbestos and Wittenoom, the Atlas oil spill, corporate money and political parties, the imprisonment of an 8 year old Aboriginal boy for stealing a Freddo Frog, the long history of internment camps, the significance of the citizen sector and civil society protest movements, nuclear industry and the corporate stranglehold on NFPs.
A number of blog pieces here were about the 1946 Pilbara strike by Aboriginal pastoral workers for fair pay and better working conditions  in the Pilbara region of Western Australia.
The strike was a historic event in Australian history. It was the first major strike by Aboriginal people and one of the longest strikes in Australian history. Sadly, the Pilbara strike is largely a footnote in the ‘official’ view of Western Australian history. A recent history of WA since 1826 gives the strike scant attention. 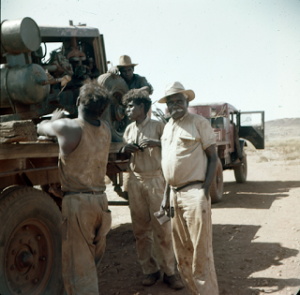 A key figure in the 1946 strike was Don McLeod, a white miner, activist, trade unionist and communist who had been initiated into Aboriginal society and culture. McLeod, along with Aboriginal lawmen Dooley Bin Bin and Clancy McKenna were the coordinators and leaders of the strike.
Don Mcleod was chosen as the key negotiator. At the time he was a delegate for the Australian Workers Union in Port Hedland.
The strike was planned as far back as 1942 at an Aboriginal law meeting attended by 200 senior Aboriginal law men representing twenty three language groups from much of the remote north west of Western Australia. The meeting lasted six weeks.

The decision was taken to postpone the strike until after the Second World War had ended.

At the time Aboriginal workers were paid for their work with supplies such as tobacco and flour instead of cash. The situation in the Pilbara was akin to slavery: if Aboriginal people left a job they could be pursued by the police and forcibly brought back.
On May 1 1946, after years of planning, 800 Aboriginal pastoral workers walked off the large pastoral stations in the Pilbara and from employment in the two major towns of Port Hedland and Marble Bar.
Despite constant harassment the strikers sustained themselves using a method of surface mining for tin, and trading skins and pearl shells. The strike continued until August 1949 when the striker’s determination and tenacity were rewarded with improvements to pay and conditions for Indigenous people.
At the end of the strike many Aboriginal people refused to work for white station owners.
The strikers also realised a dream of economic independence. They established a number of successful cottage industries and mining concerns and in 1951 they registered Pindan, the first Indigenous-owned company in Western Australia which went on to own several pastoral stations, including the Strelley station near Port Hedland and establish an independent community school.
In 2012, Anne Scrimgour argued that the community and political activism that resulted from the activities of the strikers and particularly from Pindan, the indigenous corporation they created, continued for decades after the strike and was largely overlooked in studies of Aboriginal and social justice activism in Australia.
The ABC website has posted a recent story about Don McLeod, which draws from Deborah Wilson’s book Different White People: Radical Activism for Aboriginal People 1946-1973 published by the University of WA Press.

Wilson argues that the Pilbara strike was a trigger point that led to the modern Aboriginal rights movement.