Another misguided reductionist plan to reduce rates of suicide & self-harm 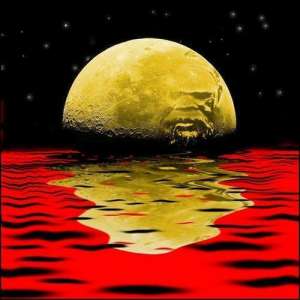 The Territory’s Minister for Health, John Elferink sold a perennial cheap line, “It is clear that suicide prevention and intervention requires a sustained effort and it will require an innovative and coordinated approach to make a difference.”

The making of a difference can only occur with a move away from the Government neglect of the Territory’s communities of First Peoples. When there is a response to care for the communities and town camps, to provide services, to provide the full suite of social health then much will change.

In the very least, self-determination for the Homelands is about their right to social equivalencies with the rest of Australia, with the local management of their own local business, with respect for local cultural content and contexts to the point that it is unnecessary for clashes between cultural settings, between the cultural settings of First Peoples and that of the western cultural settings.

“We already have some fantastic services in the Northern Territory, both Government and non-Government, and we can take a more improved and coordinated approach to tap into these.”

Yeah, sure. People are taking their lives at higher than usual rates. Self-harms and community distresses are record high and pernicious and Minister Elferink is claiming that there are “fantastic services”. Where are the outcomes based results? More than forty people take their lives in the Territory each year. Over half are Aboriginal and/or Torres Strait Islander males. Suicides are under reported. This is a given. Please work with the well accepted quotient that the number of suicides reported, that in fact they are in the least actually double the reported numbers. This is what my own independent research demonstrates and what the World Health Organisation also suggests.

Minister Elferink claimed, “Fortunately, over the last eight years, suicide in the Northern Territory has been decreasing, however more must be done to address this tragic issue.”

Minister Elferink should look to before the Federal Government’s Military Emergency Response – ‘The Intervention’. That is before eight years ago, when the Intervention smashed into the lives of the First Peoples of the Territory. It has been since the Intervention that suicides, self-harms, community distress rates shot up. The Federal and Territory Government brought on the higher than usual rates of suicide. They smashed people psychosocially, they reduced self-determination to tatters, they turned the lives of the Territory’s First Peoples into a traumatic custodial predicament. This continues. Liberal and Labor Governments have continued to damage the lives, reputations and pride of the Territory’s First Peoples. There has been no respite. Both support the Intervention, in effect the decimation and ruination of identity, culture, of well-being on so many levels. It should have been one of the issues of our times but once again racism stares into the quiet the rights of those in the lived experience and the activism of those who wisely know better.

Liberal and Labor Governments are bent on assimilating on the First Peoples of this continent into a one size fits all cultural setting. They are not into high cultural content plurality. The Liberal and Labor Governments may go about the sell of assimilation differently but assimilation is all both have on the table. The Liberal where their heart on the sleeve while Labor packages it differently, effectively lying. But in the end the both sell assimilation with presumptions of equality. Labor takes a more sleight of hand approach while the Liberals go whole hog and want to get it over and done. But in the end both are pushing the same journey to the one destination; assimilation.

Minister Elferink said, “The Northern Territory Government today announced it will commit to an additional $3 million per annum.” Laugh out loud, sadly – tragically.

He claims this little bit of pittance will assist the mental health sector to a solid plan. Without splitting hairs the mental health sector will dry this up quick smart with its carpetbagger contractor payments.   The Government’s Action Plan is another stereotypical effort to say something is being done when indeed what should be done is not being done. It is more than just a cop-out, more than just a farce, it is racism. Lives will be lost because people were not put before profit.

Other articles and media on the suicide crisis and suicide prevention by Gerry Georgatos: The leading cause of death – for 15 to 44 year old Australians – is suicide | The Stringer