An Open Letter to Jules Anderson 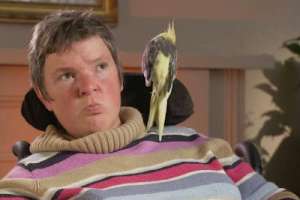 At three thirty today, Parliament are being asked to say yes to a national inquiry into disability violence, abuse and neglect.

I heard today that you are standing shoulder to shoulder at Parliament with other disability advocates, making your voice heard.

When I watched the Four Corners episode, where you talked about being raped by a disability support worker, I cried.

You spoke out with such ferocity. You understood that this man was wrong to do what he did. You spoke up, and he went to jail, and now the nation waits to hear what our Government will do.

I don’t know if you know how important your voice is. That you have made change for hundreds and thousands of Australians with disability – no matter what they say today.

You were not just speaking up for yourself.

You were speaking up for every single woman with disability who has been raped or who has suffered some other form of violence – that’s 90% of Australian women with an intellectual disability.

You were speaking up for every single Australian man, woman and child living in residential care or an institutionalised setting today.

You were speaking up for every woman who was not believed when they told others, every man and child whose voice was not heard.

You spoke up with dignity, clarity and determination that this would never ever again happen to any other person with a disability.

I want you to know that the rest of us owe you the biggest debt of gratitude you can imagine. Your courage means that today the whole of Australia will be thinking about making change for people with disability – to keep all of us safe.

By telling your story, you have made more of a difference than dozens of advocates who have worked for decades to make change.

Today, you are the one in the position of power.

As a woman with a disability and someone who cares about the safety and rights of others with disability – thank you, Jules. Thank you from all of us.

Jules Anderson told the story of her rape and abuse to Australia on the Four Corners program in November, 2014. You can watch it or read the transcript here.