An end to things 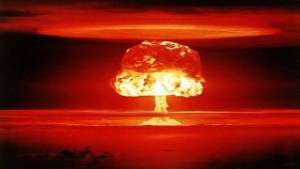 Gerry Georgatos – Australia is struggling in understanding suicidality, and the discourse remains not only effectively rudimentary, but it is also both polluted by carpetbaggers and narcissists, and furthermore corrupted by a seeming immutable lack of political will, hence frantic reductivity and minimalism, with the price lives lost and many more ruined. Australia argues itself as a leader in suicide awareness, but its suicide prevention policies and deeds reflect muddled minded understandings and in some areas a lack of understandings altogether. Not only are more Australians than ever before taking their lives, but more Australians are living sad and miserable lives.

The release of the Productivity report on mental ill-health, its perniciousness and entrenchment, failed, as per usual, to warn of an approaching irreparable crisis, akin to the climate crisis that is wiping away whole species and warming the planet incandescently, polluting the atmosphere toxically. Mental ill-health is becoming as if the norm. The stressors, the causal pathways are not indicted, and we are looking only as to how to best manage, symptomatically, a crisis rather than do away with the stressors and causal pathways.

The report discusses the indirect cost in fiscal terms, but not the impacts on the overall human condition, on humanity, to us as a species, in that we are potentially dangerously mutating or even threatened as a species.

Yes, there is a social economic narrative that makes mental ill-health likely, but that narrative is not called out for reform. The Productivity Commission report is calling for economic tweaks, but it should be calling for a doing away of rapacious economic brutalities that are killing human beings, thwarting the majority into miseries.

We must defend ourselves from being “pragmatic” and instead lead with visionary calling. Unless we dismantle a ruthless system that sees people indentured in welfare subsistence, wage slavery, unrealistic expectations, disordered thinking, unless we reconceptualise who we are and should be, then the human species will continue the number on itself in the same manner that it is doing the cruel number on the planet.

The Productivity Commission report as well meaning it is intended to appear, does not seriously challenge the current systems, unwilling to attack a toxically imbalanced meritocratic system that benefits a minority, dishing precarious layers of dangers for the majority, with the poorest quintile consigned miserable living, half life expectancy.

The seriously vulnerable, the fragile borne of the categorical risk groups get no mention. If you don’t know who I am referring to then that’s evidence of censorship by omission.

The elite look through the eye of a needle and see only the camel, do not step back and see that the camel cannot squeeze through the needle’s eye. The report implores that primary and secondary and mental health are squeezed through that eye. But the burden of diseases is exposing an inadequate health system, on all fronts, especially in acute mental healthcare, and our health system is crumbling like burned matchsticks.

Ludicrously, the report argues for the further investment in the crumbling system, to repair the impossible rather than rebuild, lay new foundations. There are turnpikes in human history where we have been visionary, and herewith we must be visionary. With healthcare, with the human condition, we need to stand up.

There’s a climate crisis. There’s a health crisis. On neither are we are brokering salvation, the visionary. Both warn of apocalyptic suffering.

We can symptomize the social determinants as we know them, education, employment, housing and social infrastructure but unless we deal in a new societal fabric, of a fairness for all, of high minimum standards, of affordable expectations, then any symptomatic investment in prevention and early intervention to mental unwellness of children and young people is theatrical, and merely ascent of new industries and workforces, and this time around of arguable mental ill-health and its management.

Community outreach and support, psychosocial or otherwise, are vital missing links but the bypassed foci should have been defining and delivering intense psychosocial support, validating and disabling trauma and inspiring radical change, improving life circumstance rather than perpetuating trauma lifelong by merely managing. But Australian governments are not serious about reducing mental ill health. The “business” of “wellbeing counsellors” in schools to “identify” mental ill-health and deal-in presumptive early intervention is dangerous. Screening toddlers and “pre-schoolers” for a ‘propensity’ to mental ill-health is not the bringing on of a brave new world but of tampering with the innocence of children and making them ill, as is done with youth and adults.