Allegation of Toyotas for uranium mining 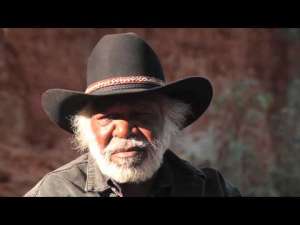 A Toro Energy meeting took place today in Perth with the Wiluna Native Title signatories in light of Toro’s focus to culminate plans to proceed with Western Australia’s first uranium mine. Concerned Wiluna Elder Glen Cooke has long opposed the project and said he was excluded from discussions with Toro. Mr Cooke said he is concerned of potential risk exposures to his people and to his people’s Country.

“Our Country, our rivers, our creeks will be poisoned. It is guaranteed there will be incidents, accidents, leaks, spills. Look at what has occurred at Ranger (uranium mine in the Northern Territory), with more than 200 incidents, and at Olympic Dam (in South Australia) drying up Country (with its demand on water). When we hurt nature, we are actually hurting ourselves, if we fight with nature we are fighting with ourselves,” said Mr Cooke.

Mr Cooke previously entered the Toro AGM shareholders meeting by proxy on the 28th of November to express his concerns that the company had failed to communicate a number of vital issues with Wiluna residents.

“They make it sound good, they don’t say the dangers and say uranium is good stuff and will cause no harm to anything”, said Mr Cooke

According to Mr Cooke “the  signatories have been persuaded to believe the uranium operation will have low environmental impacts.” He is concerned that,  “these Indigenous groups are targeted and influenced by deals to sign over the rights of the land”.

“These people that Toro are talking to are driving around Toyotas that they did not have before. About 11 Toyotas just appeared” said Mr Cooke.

Mr Cooke is supported in his allegations by other local Elders such as Lena Long. Ms Long said she attended these meetings often and knew what was going on, and noticed the vehicles gifted.

“Toro told everyone in meetings that they will clean it all up and nothing will be left behind. I know better. Uranium from the ground is dangerous to all families. Our babies will suffer the most” said Mrs Long.

Mr Cooke said the environment and people, those in the now and those to come must come first, that is before material benefits. “We must care for our land and children and not put our future at risk. These corporations only want to make money, they are full of broken promises,” said Mr Cooke.

“Some men in these meetings are not Traditional Owners but are from the Warburton Ranges like myself and have children with traditional Martu women like me. So why can they attend and I have been excluded?”

Kylie Fitzwater who attended the shareholders meeting with Mr Cooke said that “Toro’s spokeperson boldly stated to the shareholders that the proposed mine area has no significance to the Indigenous people of Wiluna.”

“When Elder Glen Cooke asked a question he was treated abruptly by Toro and with complete disrespect.  He was not permitted to reiterate any questions. It is clear the company tolerates no opposition and has been unfair and biased during their submission period no matter what their convictions,” said Ms Fitzwater.

Mr Fitzwater said that the Environmental Protection Authority (EPA) have approved the uranium project but with 36 conditions however she argues that the submitted Environmental Management Report was incomplete and lacked details on how to manage  radioactive tailings.

“The EPA should seriously reconsider this approval basis and commit to protecting our ecosystem.  (Western Australia) cannot afford this mistake (because) we will pay the consequences for an incomprehensible amount of time. This (should be a) concern to all Australians,” said Ms Fitzwater.

“Mr Cooke has a complete understanding of the effects of radiation and can best explain this to the signatories, as he recalls the Maralinga operation when he was just eight years old.”

Forty uranium mines is the plan for Western Australia