Agent Orange used as herbicide throughout the Kimberley

She said, “The truth must be told.” 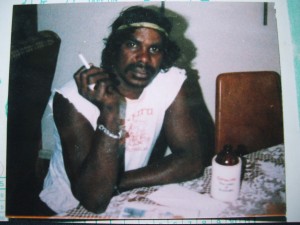 Her son, Cyril Hunter, died in 1983 from exposure to Agent Orange, the toxic chemical used en masse during the Vietnam War. Mr Hunter had been employed to spray Agent Orange as a herbicide throughout the Kimberley.

He did not last long.

But no-one is listening. Despite a 2003 inquiry into the use of Agent Orange in the Kimberley and another inquiry by a scientific panel in 2004 Ms Marshall said that Australians are still not aware of the State and Federal Government neglect and abuse of Aboriginal workers who were most of the workforce handling Agent Orange.

Ms Marshall wants the Government to come clean – they actually knew the herbicide would kill – the Vietnam War had already evidenced this, and scientists worldwide knew.

Ms Marshall, as a mother and campaigner, has gone to every relevant Government department seeking answers. She also wants acknowledgments of the facts where she says she has the answers but everyone wants to pack it all way into the past – as mistakes belonging to a previous generation.

Ms Marshall said during the seventies and the eighties that in both the east and west Kimberley Aboriginal peoples were treated “as if they were still non-citizens” of Australia. They were used as manual labour, handling substances known to be hazardous to human health.

“Our people were paid to spray weeds but with Agent Orange, a chemical that can kill human beings. Agent Orange is said to have killed and maimed 900,000 during the Vietnam War. Ten million hectares of southern Vietnam was sprayed – it was known to be highly toxic, a killer, and when contaminated with the poison dioxin it was immediately deathly,” said Ms Marshall.

For a couple of decades a group of men who had sprayed the herbicide in remote regions of the Kimberley battled to prove a wide array of illnesses that blighted them were due to the exposure to Agent Orange.

Former worker for the Agricultural Protection Board, Ron Delvin said, “We were moving around the country spraying it all over the place, willy-nilly and being told it was safe, that you could drink it.”

Fellow worker Carl Drysdale said, “We were spraying potent herbicides like 245-T, which were used in Vietnam as Agent Orange.”

Another worker Carl Drysdale said, “There have been so many deaths.”

He said he was aware of 40 deaths so far.

“Like Cyril Hunter, he was a Derby man who died at 33 years of age.” 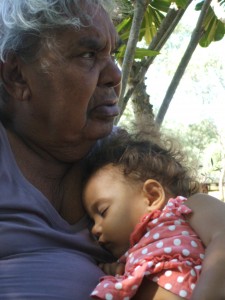 Ms Marshall said they all died because of the chemicals they were spraying – because of Agent Orange.

“They were strapping fellows, young and strong. It is not on so many should die in their 30s,” said Mr Drysdale.

Ms Marshall said she knows her son Cyril died because of Agent Orange, and also that Cyril’s younger brother contracted cancer from the contaminant chemicals left on Cyril’s truck and clothes which were brought home.

Mr Delvin said that when he first started with the Agriculture Protection Board there was no safety equipment and there was no labelling of what was hazardous.

“We did not wear any special protective clothing.”

“I went blind, I have never had another job, it destroyed my life,” said Mr Greatorex.

During 2003 a Government inquiry took place with 90 of the 300 who sprayed for the APB being interviewed. The inquiry found that a majority of the workers became sick, some while working – first with nausea and vomiting.

The inquiry identified at least 27 workers still living at the time who should be compensated – that was their recommendation.

But as has recently occurred with the Maralinga victims it was not easy to prove from a legal vantage – for instance in Court – that Agent Orange was directly responsible for Mr Greatorex’s blindness, or Mr Delvin’s and Mr Marshall’s illness or Mr Hunter’s death. The Government should have directed act of grace payments without requiring the burden of proof that a Court may require.

It is not rocket science that the Maralinga victims were affected by the radiation fall-out from the Atomic bomb tests. It is not rocket science that Maralinga survivor Yami Lester’s blindness was a caused by the radiation. But only last month the legal advice to Maralinga’s Aboriginal survivors was none of them would be entitled to compensation through the Courts because it could not be proved that radiation fall-out had indisputably caused their cancers, blindness, burns and the premature deaths.

Similarly, the 2003 report made it just as clear that it would be impossible to scientifically prove that Agent Orange caused the workers’ illnesses or any of the 40 deaths.

Despite the recommendations for compensation to be paid to the surviving victims, the State Government did not move with simple act of grace payments other than only acknowledging the use of Agent Orange in the Kimberley.

They were entirely failed by the State Government – there was nothing even in terms of Workers Compensation.

“It was a complete betrayal of trust,” said Ms Marshall.

What is appalling is the allegation that some of the drums of the 245-T arrived in Derby in the seventies from left overs in Vietnam. However this has not been proven.

Mr Drysdale remembers the drums labelled 245-T and if so they would more than likely have been from Vietnam. Previous investigations have found the drums may have been sourced by the now defunct Chemical Industries Kwinana from a Vietnam redirection of the drums to Singapore. The company would have avoided costly tariffs by securing cheaper chemicals from Singapore.

Some of the imports were found to have concentrated dioxin, the component poisonous to humans. In 1981 there was a Federal inquiry. The inquiry recorded the facts but effectively went nowhere in terms of supporting and compensating the victims.

Ms Marshall said she believed that those who had anything to do with the chemicals knew people would die.

“These young men, including my beautiful son Cyril, were not fully informed and aware of the dangers – that the chemicals could accumulate in their body, build up and sooner or later kill them,” said Ms Marshall.

“It’s safe to use they were told.”

“They were offered what was for them high rates of pay, good food and accommodation.” 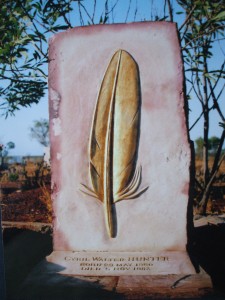 “Cyril, like his fellow workers wanted the job. Like the others he had to remove any protective clothes to survive the heat of the Kimberley. Like the others he allowed the poison to be sometimes sprayed on his body to enable him to keep going. Daily they hosed down the vehicles, killing the surrounding bush and even a giant Boab tree.”

“Finally, like many of the others and even before the task was completed, Cyril became seriously ill and died.”

“He was buried in the Derby cemetery.”

“The empty drums remain in the Derby tip.”

“The Government killed my son.”

“It was a crime that remains unacknowledged.”

“I cannot forgive or forget.”

“I have that right,” said the Njikena Elder and mother.