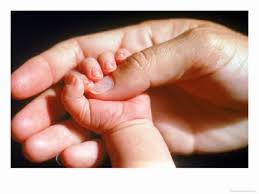 Gerry Georgatos – Former Collingwood AFL club president Allan McAlister, once said of First Nations footballers that they “only need to behave like White players” if they want to be respected. Acculturation and assimilation are still the gig. It remains a racist’s Australia. We live in a polycultural society but misoxeny and xenophobia prevail.

Acculturation and assimilation are in fact racism. Racism is about exclusion.

Homogeneity denies psychosocial liberations. We should understand ourselves as sisters and brothers who are from diverse cultural backgrounds.

In the last couple of years, irregularly I politely targeted several mainstream media programs where the perennial choice of panellists failed to reflect the demography of our nation. Anglo-centric panellists dominated the panels – all ‘White’ panels. But Australia is polycutural, with more than a quarter of its population migrant born and this proportional quotient will increase to 40 per cent by 2030 despite the efforts to prevent this, and to more than likely at least 60 percent by 2050 as the continent of Australia cannot for much longer justify a small population. Presently, more than half the Australian population is accounted for by first- and second-generation Australians.

The media programs I targeted have diversified their panels, and better reflect the demography of our nation. But they select migrant born and second-generation Australians who have perceivably assimilated, who are acculturated, who ‘fit in’. The narrow corridor discourse remains.

Censorship by omission continues. The nation’s demography is therefore not fully reflected. Acculturation and assimilation must be understood for what they have been degenerated to; homogeneity. What McAlister stated, “behave as White” people.

A researcher of one of the media programs that has perceivably changed its ways with “inclusion” said to me that she/he (I won’t identify) had offered me up as a panellist. The producers and one of the hosts baulked because I was the chap who was publicly ‘shaming’ the program. But she/he also said that the host said I don’t ‘fit in’, and that I push or overstep boundaries. That I am likely to take them out of their comfort zone. I was dejected hearing this.

I am not migrant born.

I am Australian born.

I did not speak any English when I began school.

I often found it difficult to forgive the racism that my parents experienced. I was damaged by the racism.

I won’t change just to fit in. We all have the right to be who we want to be at all times and the sum of our relationships will define us.

It is a myth that in ‘multicultural’ Australia that maintaining heritage culture is easy; it is not.

Research after research argues that migrants who acculturate and assimilate are ‘happier’ and more ‘successful’. The various research argues that those who fail to adequately acculturate and assimilate – behave like ‘Whites’ – endure less personal and professional wellbeing. What this describes is that Australia remains a racist’s country; that there is dominant culture, an oppressive dominant culture.

The generation of racists I grew up within now makeup our Governments. They are the McAlister types. The majority do not publicly espouse their biases and prejudices. Some have no problem being racists, they’re at least honest but the majority hide their racism and do the damage.

The pressure to acculturate and assimilate is rewarded with job security, higher salaries, accolades, agency. Those who resist are isolated, disconnected from community, excluded, made invisible.

We must not tolerate words such as ‘biculturalism’ because it means the mainstream culture dominates. Inherently, the heritage culture is lesser than. We must recognise ourselves as polycultural. We must not live as if we switch between cultures but rather living simultaneously polycultural and unfold relationships, courtesies and civilities.

The aim of acculturation and assimilation is to abandon heritage cultural essence. For those who resist, their identity becomes pronounced and a liability. Hence the punishing with exclusion and isolation. Their psychological selves endure huge hits and can lead to diminution and can culminate in effective self-loathing in addition to displaced anger.

Critical race theories are a framework of intersections on the examination of societies and cultures and intertwined are discriminatory laws and power imbalances. No nation that peddles a dominant culture is free from the ugliest forms of racism.

We can discuss critical race theories and frameworks, liberalism’s rights-based remedies, civil rights scholarship, anti-discrimination efforts, the intersections of this and that, and other critical pedagogy but in the end, racism is racism despite its veils and layers.

In order to beat down racism, the onus needs to be two-fold; calling it out and shining the light on the ways forward. But the ways forward are intertwined with the calling out of the racism, and both are each others firmament. Racism is not called out as often as it should be while the calling out is often inadequately articulated. Hence there remain many Australians who do not understand the extensiveness of pernicious racism, or are not able to understand that racism indeed exists.

The media is needed, and they must not censor by omission.

The censorship, the exclusions lead to the internalising of racism, to grief, to the toxic. Any serious commitment to understanding and challenging racism must be an intellectual one, not a reductionist one which tragically perpetuates the racist’s reality, where a dominant culture is peddled.

We must be sisters and brothers, polycultural.