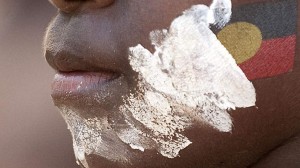 I have just returned home to Melbourne from working as a locum consultant psychiatrist at Alice Springs Hospital. I also work in research. My field is suicide. Over the last decade, I have developed a theory of suicide which centres on violence and secularisation. I believe that subjects are mostly either driven or abandoned to suicide. I call this nemesism. In Aboriginal culture, the equivalent of secularisation is Westernisation. My nemesism-secularisation theory is informed by cultural studies in both First and Third World environments, most notably of Jews and Gentiles in pre-Nazi and Nazi Germany. Over the last year, my views on suicide have been reinforced by my first-hand experience as a veteran psychiatrist accessing Aboriginal and non-indigenous communities in WA, Victoria, Queensland and NT.

Aboriginal youth suicide is at the heart of the epidemic. In part, the vulnerability of this age group reflects demographics. The median age of Aboriginals is 21 years, compared with 37 years for the rest of Australia. The Aboriginal youth suicide rate is higher than every country in the world, except for Greenland. In some Australian locales, it has reached five-to-eight times the national rate. Georgatos noted that “thirty years ago, Aboriginal youth were not killing themselves at the rates we have today, nor were they twenty years ago, and even ten years ago the suicide rates were much lower than today.”

Australian aboriginal suicide has generated a vast scientific and lay secondary literature. Local analyses of that suicide expose the divide in identity between First and Second Nation Australians. For the Second Nation suicidologist, the main risk factors are psychiatric disorders, stressful life events and substance abuse. These factors are seen to be embedded high levels of social disadvantage ranging from unemployment, to homelessness, incarceration and family problems. Historical experiences are usually appended as a footnote, a look back and a sigh to the past rather than a pointer to the future. These experiences are identified as loss of land and culture, trans-generational trauma, grief and loss, racism and social exclusion.

The rhetoric of Second Nation Australians stands in stark contrast. Central Queensland University Bundaberg campus coordinator, Cheri Yavu-Kama-Harathunian, asked, “What motivates our young people to disconnect from themselves and then move into that helpless hope of perhaps finding themselves in their sleep of death.” The hopelessness of aboriginal suicide is not related to risk factors but to disempowerment. Gerry Georgatos, reported that a Northern Territory Select Committee on Youth Suicides, “highlighted the underlying causes to Aboriginal youth suicide as mental illness (something I dispute), substance abuses and sexual abuse trauma, but failed to highlight acute poverty and a suite of rights denied to this day to Aboriginal peoples in many of these troubled communities… missing pathways and access to opportunities and to the benefits of education and hard work that the rest of Australia to which the rest of Australia has access.” Georgatos noted that Aboriginal communities lack infrastructure. They have become “dilapidated third-world environments.” There has been no spike or median increase in government funding to help reduce Aboriginal youth suicide.

Neither of these two narratives gets to the heart of Aboriginal suicide: violence. This is because violence is placed in the same bracket as suicide: as an effect of disadvantage or disempowerment, rather than as a suicidogenic cause. Suicidogenic violence is not limited to Aboriginals. It is a universal cause of self-destruction. In Second Nation Australians, the generic classes of suicidogenic violence include: domestic violence, bullying in schools and the workplace, interpersonal violence, gang violence, crowd violence, communal violence, violent persecution of minorities, institutional and structural violence, and civil war. Violence is perpetrated by criminals, and by the mentally ill. The mere occurrence of violence of course does not result in suicide. It must be accompanied by secularisation. More of that will be mentioned in regard to westernisation of First Australia. There is also a crucial, dual-vector of violence: intra-group plus intra-personal. When violence is directed against co-members of the group, rather than to the out-group, it can become internalised as self-hate. Dual-aspect violence is powerfully reinforced by abandonment and denial.

Violence in First Nation Australians is a murky topic. Viewpoints depend partly on the ethnicity of the arbiter, and partly on their academic perspective. Journalist, Tony Thomas,[ii] surveyed the field. Violence does not only speak to colonial dispossession and oppression. Armed assault was common in prehistoric Australia. Palaeopathologist, Professor Stephen Webb analysed bones of 4500 individuals, dating back 50,000 years.[iii] He discovered evidence of limb spearing, and disproportionate rates of injuries to female skulls. This result was the reverse of findings from studies of other First Peoples.

In Aboriginal society, terror was instilled from earliest childhood. It continued unabated through life seeking perhaps to ‘inoculate’ the subject against the vengeful, and the sorcerer. Indigenous violence ranged from domestic, misogynist violence and child abuse to crowd and clan violence, and outright tribal warfare. The feud was endemic. Not infrequently communities protected offenders.

Contemporary forms of bullying in Aboriginal society include: bullying people for having a lighter or darker skin tone and for not looking Aboriginal; attacking new people coming into the community; name calling; making obscene gestures; racially-motivated teasing, taunting, froshing, and threats; spreading rumours or gossip about a subject’s cultural identity; and, isolating someone from his or her friends or peer group; and, family (band) differences, mutual resentments and grudges. The most recent form is cyber-bullying: using the Internet, instant messaging, and social networking sites to intimidate, put-down, spread rumours, make fun of, threaten, or exclude someone because of their actual or perceived cultural identity.

Researchers, Lucy Snowball and Don Weatherburn found underlying poor living conditions and substance abuse. They adduced little or no support for cultural theories of violence. Jarrett critiqued their methodology. For example, the most violent households could not be accessed. They were too dangerous for survey-takers to approach. Furthermore, only a foolhardy woman would admit to having suffered violence. Violence was worst in the most remote communities, suggesting the civilising effect of the encounter with Second Australians!

What of secularisation and suicide? The traditional Aboriginal covenant was with the ancestral land, and with Dream Time. The traditional Aboriginal was a hunter gatherer. He married, bore children and lived in a family-cum-tribal group. He was an animist, spoke an ancestral language, and developed a rich cultural heritage. He did not live in a house, use money or drink liquor. The ‘will’ of the Aboriginal was directed to natural rather than narcissistic ends. His encounter with the First World came at a time when occidental society was shifting from communalism to individualism, from the expression of the natural will to the expression of the narcissistic will.[iv] The evolution and clash of First and Second Nation culture in Australia can only be understood in terms of these occidental, cultural-psychological and cultural-spiritual shifts. For over two hundred years, white Australians have been trying to shoe-horn Aboriginal Australians into narcissistic western culture. Conflicts have not only been between blacks and whites. Intergenerational and intra-familial conflict within the Aboriginal culture is often a direct result of this culture clash. More than this, intra-individual conflict resulted with equally devastating consequences. The result is thwarted natural desire in individuals, in the family and in the community and tribe

When the French psychoanalyst Lacan wrote, that the desire of the self is the desire of the other, he was referring to those in his narcissistic, parent, Francophone culture. There, the envy described by French sociologist, Girard, and self-destruction were the inevitable outcome. By adopting western narcissistic habits, Aboriginals fell prey to the same social ills, namely western-style suicide, alcoholism and crime. I believe that nothing short of regeneration movement in the aboriginal community can halt the spate of suicides, and the many other related social ills, ranging from crime to alcohol and substance dependence.

Regeneration signifies many things in present day Australia. It signifies regeneration of the soil and the land, it signifies urban regeneration, and it signifies artistic, cultural regeneration. All of these would augment the effort at Aboriginal regeneration, and at solving the Aboriginal social pathologies centering on suicide. But they would not go nearly far enough. Nothing short of a re-colonisation of the land by groups of Aboriginal idealists, centering on young couples and their families, could do that. Community justice programs are far too downstream, and assume that there is a viable community. State public housing estate regeneration[v] results in suffering consequent upon displacement. Kinship networks and face-to-face relationships and their attendant social and cultural needs are largely overlooked.

Where does that leave Indigenous, (youth) suicide prevention programs?[vi] They are part of the Second Nation’s, shoe-horn approach. They are constitutive to the Western, cultural reduction that suggests that suicide is a medical condition, mostly due to depression. According to that cultural frame of reference, it can only be solved by putting pressure on youth and their communities to either prevent or treat clinical mood disorder. Such programs do not work. They do not address the core issues of violence and secularisation. Some programs, among the most successful, have gone halfway. Rather than focussing on the victim, they focus on the perpetrator, both individual and collective. They seek to take responsibility for the detrimental social processes that result in social pathologies. In short, they seek to restore the benign patriarchal power structure that protects rather than destroys its youth, and its most vulnerable.