A moral abomination – a narrative that is racialised, of human suffering and misery 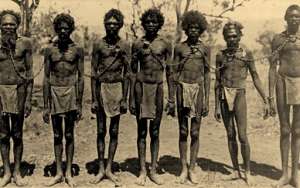 The statistics would higher but in Queensland, if you are 17 years old, the criminal justice system considers you an adult.

Australia has the world’s highest median wages, but of the all the high income nations with relatively recent colonial oppressor history, Australia has the widest divides in all the measurable indicators between its First Peoples and the rest of the population.

This is a moral abomination.

Such horrific tales of racialisation are without any need for further explanation racism.

From a racialised lens Western Australia incarcerates Aboriginal and/or Torres Strait Islander youth at the world’s highest rate. They are jailed in juvenile detention at 53 times the rate of non-Aboriginal youth.

What is so deplorably wrong with Western Australia that its statistical narrative impugns the State as a backwater of racism. When a narrative is so chronically and acute racially disparate then it is not rocket science that racism has its filthy footprint all over the place. Racism has many veils and layers. What is disturbing is that the narrative of human suffering and misery, all the measurable indicators are getting worse, each year. In any number of ways, Western Australia is to Australia what in the 1960s Alabama was to the United States. The Western Australian narrative includes that of the First Peoples jailed at the world’s highest rates, of Aboriginal youth jailed at the world’s highest rates, First Peoples dying of suicide at among the world’s highest rates, of extreme poverty and third-world-akin shanty town existences racialised only to the State’s First Peoples.

It is a moral abomination that one in twenty of Australia’s Aboriginal and/or Torres Strait Islanders will die by suicide.

It is a moral abomination that Australia jails Aboriginal youth at the world’s highest rate.

It is a moral abomination that Australian governments have degraded Aboriginal and/or Torres Strait Islander Homelands to dustbowls, to third-world-akin poverty.

It is a moral abomination that those with voice in the highest corridors of power in this nation – whether they are Black, White, non-White, do not speak the truth when it matters and where the ways forward can be borne – in those the corridors of power and in the public domain.

80 per cent of Western Australia’s juvenile detention is comprised of Aboriginal youth – by 2025 it will be around 95 per cent.

The Northern Territory has already tragically achieved this.

98 per cent of the juvenile detention population in the Northern Territory is comprised of Aboriginal youth.

Poverty is the predominant driver of the increasing incarceration rates and in Western Australia and the Northern Territory as in northern South Australia the extreme poverty has been reserved for Aboriginal and/or Torres Strait Islanders. In Western Australia the response to poverty related offending is mandatory sentencing.  More than 80 per cent of people sentenced under mandatory sentencing laws are Aboriginal and/or Torres Strait Islanders. Instead of doing something about the extreme poverty, they lock up offenders but the cesspool of poverty giving rise to the poverty-related offending continues. The self-responsibility mantra can only go so far in adjusting behaviours. What will radically reduce arrest and jail rates, community distress and suicide rates is the improving of the social health and infrastructure of a community – you know, to an equivalency of that of a non-Aboriginal community or town. The problem is inequality, and when it is racialised it is without any doubt racism.

Adelaide based Narungga Elder, Tauto Sansbury has spent a significant portion of his life helping youth. In addition to his lived experiences and his career work in health and also at the coalface, he has qualifications in Juvenile Justice and in Community Development.

“The solutions are not in programs alone. The problem is the extreme poverty dumped on our people.”

“Too many of our people are extremely poor.”

“Native Title has failed us, governments have failed us and then they make it worse for us. Those who speak on our behalf do a poor job, too frightened to speak to the issues because they may well be out of job.”

“We can help some people with programs but that type of help takes time, patience with each individual while the poverty that has been made for our people will in the meantime churn out crowds of troubled people with no sense of hope . They were born into unfair conditions, into inequality,” said Mr Sansbury.

“If we want a fair and equal society let us have it for everyone. Let us fix the poverty without a day’s further delay. But if we do not speak to what the problems are then they are not going to be fixed.”

“Our youth are entitled to genuine hope.”

Stop it! Justice Reinvestment is not a solution. Do not sell out another generation with more lies