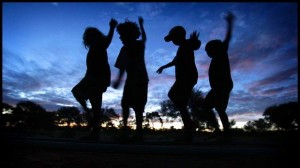 The Aboriginal and Torres Strait Islander population has a median age of 21 years compared with 37 years for the rest of Australia.

Suicide is considered Australia-wide as a public health concern, with the average number of deaths per annum at 2,320 but the Aboriginal peoples who endure suicide disproportionately have failed to attract substantive attention from Australian governments – there are no correlating funding schemes to address target-specific Aboriginal rates of suicides.

For Aboriginal peoples the ABS standardised rate of suicide is at two and half times higher for males than the rest of the population and three and half times higher for females than the rest of the population. In some jurisdictions it has reached as high as five and seven times, and with children five to eight times, and in in some remote communities spates of suicide have reached 100 times the national suicide average.

There is a relative significant suicide rate for non-Aboriginal Australians in the 80 to 85 years age group but on life span medians Aboriginal peoples do not live into that age group. In the Northern Territory, Aboriginal males live on average to only 52 years – a third-world statistic, which during the last decade many third-world countries have been able improve and move past this Northern Territory statistic.

Suicide in Australia takes three times more males than females, but disproportionately there has been a rise in Aboriginal female suicide. According to ABS data, child suicide (five to 15 year of age) is a rare event in Australia but it is an increasing common phenomena for Aboriginal children.

The Northern Territory has the highest suicide rate in Australia, 20 deaths per 100,000 but that is because one third of its population is comprised of Aboriginal peoples.

Australia ranks 32nd on the world’s rankings of suicide rates – at 9.7 deaths per 100,000 population. Greenland has a horrific rate at 108 per 100,000 but the next highest, South Korea, at 31.7 deaths per 100,000 population. Most nations of the world, including third-world countries fall closer, either a little higher, or less, with Australia’s overall average suicide rate. But standalone, Australia’s Aboriginal suicide rates are higher than those of every African country, third-world countries included, higher than every country on the planet with the exception of Greenland.

What is not comprehensible for Australia in reference to these reprehensible suicide rates among Aboriginal peoples, who comprise only 2.5 per cent of the total population, is that unlike many other countries with endemic harsh poverty and civil strife, Australia is the world’s 12th largest economy, per capita the second wealthiest nation on the planet, Australia has the world’s highest median wages, and the divide between suicide rates among Aboriginal and Torres Strait Islander peoples, all 2.5 per cent of them, and the rest of Australian population, 97.5 per cent, is so wide, and widening, that it is criminal, and not just neglect.
Read more: