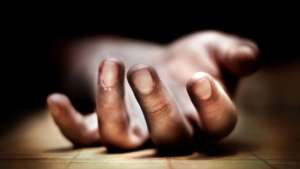 Globally, each year at least 40 million life years are lost to suicide. In Australia, each year at least 100,000 life years are lost to suicide. In general, suicide takes more lives than all forms of violence combined. There are always pressing issues but suicide is a pressing issue that is yet to translate as a national priority. Officially, on average, suicide takes the lives of seven Australians each day and more likely ten Australian lives each day. Among Aboriginal and/or Torres Strait Islander peoples suicide is a catastrophic humanitarian crisis – within the 15 to 35 year age group, nearly one in three deaths a suicide.

The leading cause of death for Australians aged 15 to 45 is suicide. More lives are lost to suicide than to road fatalities. The average age of suicide is 44.5 years, much lower than age medians of other leading causes of premature death, including cancers and heart diseases. For Aboriginal and/or Torres Strait Islanders the narrative is dramatically worse, with 88 per cent of suicides being of people aged less than 45 years.

On a per person average, suicide takes more life years than any other leading cause of death in Australia. Overall, Australians lose more than 30 life years and standalone, Aboriginal and/or Torres Strait Islanders in the vicinity of 50 life years. To put this into context, the average per person loss of life years for Australians who die from cancer is 8 years. With heart disease it is 4 years.

Statistics can appear impersonal, and people are not numbers, but there are narratives that only the statistics can profoundly highlight – and one of these narratives is that suicide is skewed towards people in the prime of life. Life stresses are on the increase and the expectations, the competition, the demands on the individual ever increasing from the accumulation of imposts by society.

Overall, officially, one in 19 of Aboriginal and/or Torres Strait Islanders suicide – for too long for too many Australians were not aware of this and this had been Australia’s hidden truth, for a time a dirty secret. Because of under-reporting issues I believe the suicide rate is much higher, possibly even as high as one suicide in 10 deaths.

Then there are the high risk regions – the Kimberley and far north Queensland endure high suicide rates but when rates are standalone for their Aboriginal and/or Torres Strait Islander populations, they are abominable – at 70 suicides per 100,000 population. The world’s highest national suicide rate is 44 per 100,000 (Guyana). The Kimberley’s and far north Queensland’s Aboriginal and/or Torres Strait Islander suicide rates are also higher than the world’s highest national homicide rate, that of Venezuela, 53 murders per 100,000.

Australia is one of the world’s wealthiest nations per capita and one of the world’s sturdiest economies but Australia is a tale of two peoples – the First Peoples, who are now less than 3 per cent of the total population, and the other 97 per cent. Australia’s population is around 24 million and the descendants of the First Peoples number around 700,000. But in the Australian context more than 200,000 Aboriginal and/or Torres Strait Islanders live in relative extreme poverty. More than half the Aboriginal and/or Torres Strait Islander population endure a significant direct impact from the not so long ago Stolen Generations and of the stretch that allowed for the Stolen Wages and the horrid segregation of people into missions and reserves. The Stolen Generations bred despair and hate, distrust and fear. The pain and suffering was self-evident in the tears that flowed during the Stolen Generations Apology on February 13, 2008. The missions and reserves indentured everyone as to a formal underclass of inequality and poverty and shovelled it to them as their lot, as an inescapable way of life. The missions and reserves were near lawless environments where many of those who administered and worked in the missions and reserves inflicted violence, sadomasochism, psychological, emotional, physical and sexual abuse. The missions and reserves were brutal environments, where Aboriginal and/or Torres Strait Islander children were despicably brutalised during their most important years of their life – in the years that determine their form and content, their self-determination, their psychological and physical wellbeing.

The missions and reserves were in effect hellholes, where many became mentally ill, broken down, traumatised, psychosocially broken or at best reduced.  On leaving the hellholes there was no trauma recovery, no psychologists, no healing. There was silence and at best, for better or worse, the only respite was within families. The hidden toll of the missions and reserves plays out today not just in transgenerational poverty but in transgenerational violence and various abuses.

Though most Aboriginal and/or Torres Strait Islander families, like most Australian families, do not fall victim to violence, various abuse including sexual abuse, it is true that the rate of domestic violence, violence in general and sexual abuse are higher in Aboriginal and/or Torres Strait Islander families. Of course, wherever there is extreme poverty the rates for violence and abuse are higher – it’s a theme throughout the world; of extreme poverty found in middle and high income nations. However, I also believe the pronounced rates of violence, domestic violence and sexual abuse found in the statistical narratives of Aboriginal and/or Torres Strait Islander communities have a lot to do with the brutality and horrors of the Stolen Generations, the missions and reserves.

The bulk of global research on sexual abuse argues that the majority of violent offenders and in particular sexual abusers were victims themselves. The majority of perpetrators of child sexual abuse were themselves victims. To keep to context, the majority of victims of sexual abuse and violence do not manifest as offenders, but some do. The bulk of research suggests that more than 90 per cent of offenders are former victims. Victims of sexual abuse, particularly child sex abuse, self-harm and suicide. The Royal Commission into Institutionalised Sexual Abuse has demonstrated the deplorable extensiveness of the brutality of the missions and reserves and the Boys Homes and of the ongoing impacts, the trauma, the lifelong breakdown of people. It has also been shown that there was no-one for the victims to turn to, and that many knew what was occurring but no-one would protect the children.

I have a number of friends who were sexually abused in the missions and reserves of the 1950s and 1960s or in Boys Homes during the 1970s and 1980s – and to this day they have not fully recovered, they visit psychologists – they break down – and for some, they have lived broken lives. They are the survivors, for many more than you’d imagine have taken their lives.

There is a lot of pain out there, unresolved, some of it acting out in negative and dark ways on others, those immediate to the sufferers.

There needs to be a focus on people strengthening people, on trauma recovery. For too long either by neglect, silence, narrow minded blame, or the wrong people leading in the space of trauma recovery and suicide prevention we are losing people at never before rates to depressions, mental illnesses, self-destructive behaviours, violence and suicide. The silence, narrow-minded blaming and too many people leading the show with merely the lived experience as their lot often perpetuate trauma and sideline the healing.

For all Australians, deaths by suicide have reached a ten year peak. For Aboriginal and/or Torres Strait Islander peoples the levels of suicide are a humanitarian crisis.

The research shows that for every suicide, it is estimated as many as 30 people attempt suicide.

There should be just as much focus on suicide prevention as there is with trying to prevent homicides and domestic violence. All lives matter. There is no greater legacy that any Government can have than in the saving of lives.

But there is not the same level of focus by Governments on suicide prevention. Yet suicide takes more lives than homicides and domestic violence combined.

During the last ten years Australian homicide rates have been decreasing though tragically the number of women murdered by a current or former partner has been increasing. Domestic violence takes a life every eight days and many are calling it a national crisis. Every death is a tragedy. Suicide takes seven lives each day.

Where there is a homicide thereabouts every 18 hours in Australia, there are seven suicides within 24 hours.

The rate of suicide is ten times the rate of homicides.

There is a domestic violence related death – by a partner or former partner – every eight days. Domestic disputes are also a factor in suicides, with partners, mostly males, taking their own lives.

Suicide is the leading cause of death for Australian teenagers aged 14 to 18 years.

Suicide is a leading cause of death for Australians aged 10 to 45 years of age.