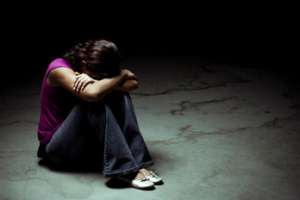 An Aboriginal child in Queensland is at least ten times more likely of committing suicide compared to a non-Aboriginal child. It is a shocking statistic but it pales to the spates and rates of Aboriginal child suicide in Western Australia’s Kimberley and throughout the Northern Territory. Some spates of suicide have reached rates of 150 times.

Median ages among child suicides are getting lower each year, with children as young as six, seven and eight years old attempting or committing suicide. It is Australia’s dirtiest secret of all – there has never been a dirtier secret to stain the Australian national consciousness. After my own research was published in a series of articles last year in The National Indigenous Times and in The Stringer and broadcast by The National Indigenous Radio Service and by Black Power legend Tiga Bayles on his Let’s Talk program on 98.9FM late last year, in a first the Australian Government responded.

During the tenures of Prime Ministers John Howard, Kevin Rudd and Julia Gillard little, or rather next to nothing, was done about the rise in Aboriginal suicides – child, youth and adult. However chair of the Indigenous Advisory Council to Prime Minister Tony Abbott, Warren Mundine agreed that there was a crisis, and he included the suicide crisis in his Council’s mandate. Three months ago, he said that he would time-limit the Council’s examination of the crisis to six months, so that his promise did not languish.

In October Mr Mundine said that he is not an expert on the issues and that he would need to consult widely. “We need to have people who are at the coalface sitting down and driving us to actually come up with the policies and the programs that are going to make this work.”

“It is a problem and I congratulate The National Indigenous Times for putting it on the front page,” said Mr Mundine. “We need to really start focusing on this a lot better, and I’m not talking about the  people who are in there already doing it because they’re the champions. I’m talking about myself and the rest of Australia, we need to get our act together.”

It has been three months since the Indigenous Advisory Council promised to examine the crisis. In this time there have been 30 Aboriginal and/or Torres Strait Islander suicides – child, youth and adult. How much longer must we wait before suicide prevention strategies and community engagement programs around the nation are fully funded?

In Western Australia, in May last year, Dumbartung Aboriginal Corporation coordinated a Suicide Crisis Summit – more than 300 attended. Government officials attended. Following the Summit, a delegation led by Dumbartung’s Robert Eggington met with the WA Premier, Colin Barnett. Premier Barnett acknowledged the suicide crisis and promised funds to support suicide prevention strategies. Nine months later Mr Eggington confirmed that the State Government is yet to deliver on its promise of funding and other support. In the meantime the suicides continue.

“We need to understand suicide in the ways that are truthful. They are the result of conditions created against our people, and we have to change these conditions, and we have to respect the families,” said Mr Egggington.

“We need to have safe spaces and counselling. Our people, including the grieving families need to be able to come to places to grieve.” Mr Eggington and his wife, Selina, counsel hundreds and allow for families of victims to grieve at Dumbartung.

“In the last fortnight there has been another spate of suicides in our communities, not only in Perth but also in the north west of Western Australia.”

In South Australia, chair of the Narrunga Peoples, and a former manager in health, Tauto Sansbury, said the suicides are continuing while in the meantime the South Australian Government has failed to build even one 24/7 Aboriginal crisis centre in Adelaide, which Mr Sansbury has long lobbied for.

“One broken promise after another by both sides of the South Australian Government. Our last hope is the Indigenous Advisory Council. Warren Mundine has promised to meet with us next time he is in Adelaide but in the meantime our people are taking their lives,” said Mr Sansbury.

An advisor to the former Government on suicide prevention strategies was Dr Tom Calma. Recently he said,“All Australians need to see (the suicide crisis) as a major priority and need to lobby and advocate for Governments to take on this responsibility.”

“As Gerry Georgatos’ (October) article says, when we look at the Deaths in Custody Royal Commission there were far losses. The bottom line is we don’t know why people suicide, there is no one common reason for it.”

“A lot of it comes down to, I guess, the viability of culture, the ability to be able to practice culture and that’s one of the issues. But it’s also about people having control over their lives and, of course, it’s also about some of the other things like substance abuse issues that sometimes might predicate somebody to develop self-esteem problems and not be able to cope with life.”

The Kimberley’s Mowanjum is one community hit hard by youth and child suicides. Mowanjum council chair Gary Umbagai reflects daily on the spates of child and youth suicides. “There is something terribly wrong in our community, but what we can do we do without help. Nobody comes in to help.”

“We have the highest youth suicide rate in Australia, possibly in the world here in Mowanjum.”

“The trauma in Mowanjum is everywhere. A few years back in a 12 month period there were 25 suicides and scores of attempts and self-harms in and around Mowanjum. But Mowanjum has a population of only 350.

Between 2001 to 2010, according to the Australian Bureau of Statistic, there were 996 Aboriginal and/or Torres Strait Islander suicides nationally – one in 24 of all ATSI deaths by suicide. However these are only the reported suicides, aggregated predominately from hospital data. My own research estimates that one in 12 to one in 16 ATSI people die by suicide. Australia’s shameful statistics include the tragic fact that more than one in three ATSI people will be dead by 45 years of age.

The National Indigenous Times and The Stringer have asked Mr Mundine and the Indigenous Advisory Council for a response.