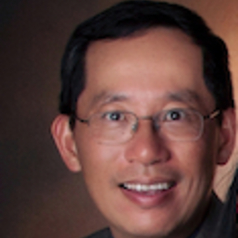 I believe myself to have been an informed and engaged voter over several federal election cycles. As Election 2016 looms, I remain in the grip of despair about yet another two horse race between the Coalition’s Malcolm Turnbull and the Australian Labor Party’s Bill Shorten. My dissatisfaction does not stem from the choice of Prime Minister being limited to the meagre sum of two eminences, as long as at least one turns out to be a great fit for Australia in the next three years. Greater choice for leader of Australia is not necessarily a better journey for voters in a marathon prelude to the main event, leading to worsening information and advertorial overload, vacillation and indecision paralysis.

My dream is to access an Australian Electoral Commission (AEC) hosted system that allows an unbiased representative sample of voters a say on every major policy proposal. This could easily be misunderstood to be a constant weekend irritation with most just wanting to get on with their lives without stuffing around with voting, making decisions, informed or otherwise. Voters hate by-elections, no matter what the cause. It means another weekend has been ruined by having to vote. However I am proposing that a randomly selected sample of voters (wealthy, poor, employed, unemployed, same age strata as current voter demographic) be selected to participate in a poll on major policy change so that governments remain responsive to societal needs as they evolve. This is a true reflection of carrying out the will of the majority, rather than our community having government-led decisions imposed upon them.

In the current election campaign, portions of the menu offerings from both sides of Australia’s political divide appeal to me. Although I support Shorten’s stance on public hospital and schools funding, Turnbull’s advocacy for improved public transport can reduce road congestion and improve the quality of urban life. I am appalled by the bipartisan approach of incarcerating desperate boat-borne human beings who arrive on our shores. The Greens, whose preferences could make all the difference between the two major combatants in Election 2016, earn my admiration for their positive stance on the environment and biodiversity preservation. However, Election 2016 forces me to choose a single Prime Ministerial candidate and be complicit with the totality of his government’s economic, foreign and social policy, even when I might only agree with a portion of it and vehemently protest the rest. Surely I am not the only voter in the quandary of having his choice downsized to the leader with whom I agree with most (but not completely), or the one who is best able to accommodate my emergent and current narrow interest or ambition over 3 years.

The situation is like being seduced by the brightest fashion of the moment rather than adopting the profundity, style or substance that lasts for a full election cycle. Voters are by nature fickle when they should hew to a 3 year time horizon. Politicians bend their malleable will to better their chances of being returned to power, catering to the constituents in their most marginal electorates, most so when another election looms. There is no will or compelling incentive to govern for the longer term good of the community before they are put to the sword aka the will of the people. In order to improve accountability and continue civic engagement over the whole of each three year electoral cycle, incumbent governments in Australia need to be made to earn the community’s trust when the frenetic romancing that climaxes in an election has ended.

Voters should still be allowed a meaningful say on each major policy after the victorious Prime Minister and federal government is sworn in and gets on with the business of government. The aim is that a policy change with widespread ramifications is formally deemed by the electorate as being responsive to the changing needs of the Australian community, played out in the local and global contexts of the time when it is introduced. The policies that we voted in may lose relevance, resonance and currency after the last election when it then found favour in our personal ledger.

I am not talking about beat up media polling of the acceptability or popularity of a policy change that the government has already implemented, to engender lively debate on the print, TV and web media. The conduct of such post-implementation polls tend to be driven by the media as influenced by their pay masters and is aligned with the media company’s political affiliations. For major policy proposals, I suggest that a randomly selected but representatively unbiased 5-10% of voters (the figure depends on cost and statistical reliability and is open for discussion) be made to participate in a compulsory e-vote distributed by email with background (counter-) arguments attached.  Older voters with no access to web-based voting would be contacted by phone or slow mail, and lodge their decision in the traditional paper-based way. This process is independently administered and responses tallied by the AEC. The policy is instituted if a majority of the electorate chosen favours its roll-out.

Here is how it would work using a hypothetical example likely to still be relevant in the near-future time horizon. In the next 50 years, Australia is expected to suffer regular extreme weather events, severe bushfires and sustained drought which generates community support for transitioning to non-carbon alternative energy use and reinstating CSIRO’s global carbon emissions monitoring programme. The government still believes that as a small country, our impact on global climate change is minuscule and refuses these suggestions. As he has just been voted into power, there is no incentive for the Prime Minister to change the status quo. However, community protest leads to the E-Poll. The value of a single vote for whom this policy has more impact such as drought affected farmers and coastal dwellers prone to sea level rise are weighed more heavily at 1.1. By contrast, hoteliers in the Blue Mountains where global warming has led to more pleasant winters and better tourist numbers receive 0.8 of a full vote. The average punter will weigh in at 1.0. As this random but unbiased representative subset voting has never been tested, it would be piloted against a whole of electorate referendum. It may be possible to conduct a pilot vote in parallel with the proposed plebiscite on gay marriage in Australia. If it approximates the results of a whole of electorate plebiscite, Australia will be pioneer in voting on policy change that benefits the community rather than just letting the government of the day do whatever serves it best.

There are substantial practical and feasibility barriers surrounding subset voting on policy change, the most important of which is that the will of the total electorate would be reflected by polling results. My proposal is ambitious and aspirational rather than ready to be implemented, but that shouldn’t mean we shouldn’t try to attain the ideal. The scheme holds several advantages however. Communities rather than politicians or the media would drive debate and policy change as they arise in real time. We bring into being changes that we want as they assume timely relevance, gaining more autonomy. Our leaders would focus on governing rather than acceding to the whims and interests of their most crucial voters. Selected voters would exercise their right to translate their difference of opinion from government of the day into meaningful protest- a measurable, impactful and rapidly tallied e-vote. Importantly those in government could not force a law or policy that countermands the majority and representative will of the community.

The modern democracy remains in obeisance to the tyrannical monotheism of the majority (as embodied in the government of the day) for all policies for the whole duration of their elected term. The Westminster parliamentary system remains sacrosanct through its long history and evolution, and is the best we have so far. Throughout history, people have fought and lost lives for the privilege of the equal vote for all, regardless of wealth and birth station. However, the time is ripe for considering adopting web-enabled subset voting for major policy proposals. This allows the dynamism and diversity of the community’s will to be truly reflected in policy implementation in real-time.