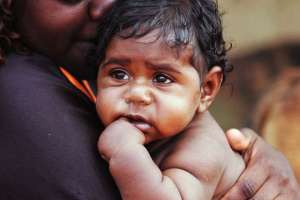 A royal commission into Aboriginal and Torres Strait Islander suicides is the only way forward to radically reducing the suicide crisis at least to parity with non-Aboriginal suicide rates. There is an abominable catastrophic crisis borne of the sense of hopelessness that far too many feel. Coronial inquests, parliamentary committee inquiries, hundred page reports will not achieve much. These brief inquisitions short change causality and redress, do not save lives. They are surface level and cannot generate the significant political reform that is much needed. So far the majority of parliamentary committee inquiries and coronial inquiries have only delivered recommendations of a punitive nature and which have in fact been implemented but made little long-term difference.

The royal commission needs to be agreed, now, so as to restore the prospect of hope on the landscape. But the political machines want to wait until after the federal election. They do not want to be argued down in the media as ‘wasting’ taxpayers’ monies. Royal commissions are seen as talkfests with little follow up of the findings. But in fact that is not true. Royal commissions do make a difference.

One in four of Aboriginal and Torres Strait Islander suicides occur in Western Australia.

In a recent article by journalist Amanda Banks for The West Australian newspaper, John Sanderson criticised the prospect of another coronial inquiry into a number of suicides as “pointless”. State Coroner Ros Fogliani announced that she will hold a joint inquest in the second half of the year into at least a dozen suspected suicides in the Kimberley and Pilbara.

John Sanderson told Amanda Banks that another coronial inquest would have the same terms of reference and the same outcomes. On this, Sanderson is correct. Little will be achieved but surface level responses not dissimilar to the 2008 Alastair Hope coronial inquiry.

The focus needs to be on the cesspool of negative factors that contribute to the despair and hopelessness that is taking so many lives. Focus needs to be on what gives rise to these negative factors. A Royal Commission, even if two or three years long can shift the national consciousness, smash stereotypes and potentially do away with one stop assimilationist policies. We need this in depth revelatory examination – not for everyone, for many of us know, but for the majority of the nation and subsequently for our parliaments to begin reflecting in policy making the consciousness of the nation. Thus far racism, racialisation and assimilation are the core of policy making.

The contributing factors are many and intertwined, however, they are underwritten by acute poverty, disadvantage and marginalisation the likes of which should make no sense in one of the world’s wealthiest nations. We are the world’s 12th biggest economy, but also home to Third-World-akin poverty for many of our Aboriginal brothers and sisters. Most regional communities are denied an equivalence of social infrastructure and services and opportunity that regional non-Aboriginal communities enjoy as a natural right.

Racism has many veils and layers and indeed this incongruous disparity is racism. How are Aboriginal and Torres Strait Islander families supposed to navigate their cultural settings – that of their own and that of mainstream Australia – when they are denied the instruments needed?

The multifactorial issues that lead to suicide are the same that lead to the abominable arrest, jail and homeless rates of Aboriginal people.

Today, one in 13 of WA’s Aboriginal adult males are in prison. Prisons are filled with the low-level offending borne of the tsunami of poverty-related issues.

Of the world’s middle and high income nations with recent colonial oppressor histories, Australia has the widest divide in all measurable indicators between its first peoples and the rest of the population.

To the core, the suicides are about identity, resistance to one-stop-shop assimilation, racialisation, racism, powerlessness, hopelessness, chronic pain and trauma.

Self-destructive behaviours that can culminate in suicidal behaviours, and distress families and communities are a leading cause of familial breakdowns and of community distress. Once again, the point is that the factors that can culminate in suicide are the most preventable of the various destructive behaviours that impact families and communities. These need to be prioritised in national conversations, by the media, by our governments. There are many ways forward but they are not being found in the surface level coronial inquests, parliamentary committee inquiries, the litany of brief reports.

A national inquiry or royal commission is long overdue.

We cannot continue to live in the silences and dangerously internalise this tragedy. The internationalisation of suicide, unnatural deaths and premature deaths, for Aboriginal and Torres Strait Islander peoples has been toxic. I have travelled to hundreds of homeland communities and the people who are losing their loved ones are crying out to be heard, they are screaming. It is a myth and predominately a wider community perception that there is a silence, shame, taboo – it’s the listening that is not happening.

This humanitarian crisis needs to translate to a national priority. The royal commission has to have self-determining values, led predominately by Aboriginal and Torres Strait Islanders – and this reflects in the ways forward, guarantees the ways forward.

There is no greater legacy than to improve the lot of others, to the point of changing lives and saving lives.

The 2008 Hope inquiry made 27 recommendations. It dealt from a vantage that the majority of the 22 suicides it examined were alcohol and cannabis related. Commonwealth and State leadership was perfunctorily questioned. Community leadership came into question, service providers came into question – but this is surface level. In his report, Coroner Hope stated, “The inquest revealed that at present there is an almost complete lack of leadership in the response by government to the disasters of Aboriginal living conditions.” This is true. The report referred to the “vast gulf” in wellbeing between Aboriginal peoples in the Kimberley and the rest of the population but failed to articulate the ways forward. It relied on the punitive and restrictive – bans on alcohol. It supported vouchers to buy certain goods only instead of money payments. At the time, Western Australian Aboriginal Legal Service CEO, Dennis Eggington argued that disadvantage needed to be addressed.

Aboriginal Affairs Minister Peter Collier also argues that another inquiry is pointless. He reckons that any inquiry will only identify the same themes – the surface level stuff that generate the limiting and often damaging punitive, restrictive responses – and that panacea is to improve ‘service delivery’. Only a Royal Commission will go to the heart of thousands of tragedies and to the darkness that clouds this nation – racialised inequalities.

Peter Collier reckons that there has begun “a seismic shift in terms of the delivery of services in communities.” I can assure Peter this will make barely a difference in restoring hope to people long denied hope.

During a parliamentary debate, the leader of the Nationals, Terry Redman, reckoned “this issue has been inquired to death.”

“In fact there are at least 50 published inquiries and reviews at the national and state level, nearly all of which were informed in part by experience in Western Australia and/or the Kimberley particularly. These include at least 19 state-based reviews containing some 40 recommendations. They include three separate inquiries by the state coroner on suicide in Aboriginal communities in the Kimberley.”

“There are more than enough recommendations on the table. People have a good understanding of the issues.”

Western Australian Opposition leader Mark McGowan got it right when he said, “If what is happening now was happening in the western suburbs of Perth there would be a royal commission.”

The royal commission is a must-do and the cost of a human life must not be counted in dollars and cents. There must be no delay and the Australian nation must start listening to the stories of the families, of the communities, understand the suffocating dark pall of disadvantage right throughout this continent and its toxic translation as racism.