Why didn’t police attempt to resuscitate Ms Dhu? Treated like less than nothing 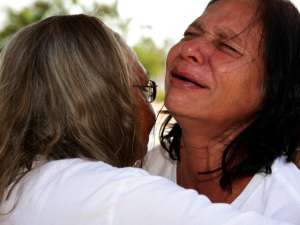 The coronial inquest into the death of Ms Dhu has degenerated into a farce. We do not need coronial findings to let us know whether racism and classism led to Ms Dhu’s death. This is as clear as the light of day. Even if the findings are muted or otherwise they cannot deny what every reasonable minded person knows. If it was not deplorable racism and classism that led to this young woman’s death then it was incompetence of such abysmal magnitude that would insist every police and medical officer involved is unfit to continue their service.

If the police and medical personnel cannot admit to the racism and classism that washed through their veins and that reduced their capacities and judgments, then they should be stood down. The disgraceful low level care dished out by medical personnel warrants responses. Nurses and doctors failed to do the baseline stuff, failed to take temperature, failed to check the respiratory rate, failed to do blood pressure and heart rate. It stinks.

The police can argue that they took Ms Dhu twice to Hedland Health Campus before returning her to the hospital more than likely dead. They should have taken her every single time she complained of being unwell. They should have called the ambulance. They should have organised for a nurse or doctor to attend Ms Dhu in her cell if need be. But they did not. Instead some of them accused Ms Dhu of “faking”.

What shocked me was the CCTV footage on the first day of the inquest. I was stunned by the footage of the police officers ‘responding’ to Ms Dhu in the watch house cell just prior to her body taken to the hospital for the last time. Ms Dhu was motionless. Did they check for a pulse? No. Did they check if she was breathing? No. One officer lifted Ms Dhu’s arm and let it go – it dropped. What do you think they did next?

They stepped outside for several minutes to yarn about what to do next?

What would you have done? You would have checked for a pulse, breathing and for any vital sign of life. We are educated to understand that where someone appears to be without vital signs of life that we do not waste a second. Even someone without First Aid skills, without cardiopulmonary resuscitation training can save someone’s life. But police are actually highly trained in how to respond to someone in distress or with CPR. I am waiting to find out what they have to say about why they did not attempt to resuscitate Ms Dhu. Why they did not check for pulse and breath. Disgracefully, they went back into the cell and dragged Ms Dhu by the arms along the cell floor into the corridor and then picked her up the arms and legs and carted her to the pod of a police vehicle. Their training should have required of them to keep Ms Dhu stable, comforted and where no breathing or pulse could be detected to apply CPR.

An officer should have put in an urgent call for an ambulance while they received further advice from medical personnel by phone.

None of this occurred. Duty of care whatever, for myself it was dignity and compassion, common decency and right-mindedness just tossed to the wind.

Medical staff have already testified that they believe Ms Dhu was ‘lifeless’ upon arrival at the hospital. They have described ascertaining that she had gone ‘blue’. Nevertheless they gave resuscitation a shot, 45 minutes. But at the end of this Ms Dhu was pronounced ‘dead’. What if the resuscitation had been applied an hour earlier in the watch house cell?

The family of Ms Dhu will be tormented till March next year – the coronial inquest will not finish this side of Christmas. Too weeks was not enough for all the witnesses and the coronial inquest adjourned to March. Right around the nation many were waiting to hear what the ten police officers had to say.

Twenty-seven years after NSW outlawed the jailing of fine defaulters, Western Australia continues this classist, racist and inhuman madness. Police were called out to a disorderly where they should have assisted Ms Dhu, but finished locking her up after a background check found outstanding fines. Their priorities screwed over by draconian protocols. These protocols cost Ms Dhu her life. Racism finished her off.

I speak and write with some on authority on racism – the lived experience, racism has been self-evident and impacting in my life since a young child. I also see it at the highest levels, among parliamentarians, political parties, government instruments, in the treatment of the refugees and asylum seekers I have been assisting for more than 30 years. I see it in the racialised economic inequalities thumped by one Government after another into Aboriginal and/or Torres Strait Islander remote and regional communities. I have travelled to hundreds of communities across the continent for many years. I continue to do so. I see the racism in all its forms, institutional, structural and overt. Racism has haunted me from day dot. My predominant academic work, including doctoral research has been in understanding racism and the ways forward.

The director of Indigenous Rights at Amnesty International, Tammy Solonec, got it right, “It was more than a tragedy. It involved prejudice, racism, reckless neglect and systemic failure which reflects a deeply broken system, one that must change.”

The adjournment of the coronial inquest is a blow for Ms Dhu’s family members. Ms Dhu’s uncle, Shaun Harris, said, “It is an insult, an insult to the whole family. How are we supposed to keep on coping and sustaining the momentum after all this extraordinary effort to get us this far?”

“We’ll have the police in March say they ‘don’t recall.’”

The impacts on the family are more trauma, and of a complex nature – situational trauma compounded as ongoing with multiple and composite trauma.

Let us not beat around the bush and call things for what they are. Let us be fearless in this. Ms Dhu died because of racism, classism, sexism, ageism, because of neglect, stupidity and hubris. But if you view the footage, which has not been released to the public, you’d have to argue heartlessness.

Ms Dhu’s poor father, Robert Dhu, said, “She was treated like a dog.” In fact you would not treat a dog like Ms Dhu was treated.

Ms Dhu’s mother, Della Roe, said, “I relive my daughter each day but my beautiful baby is here no longer.”

Ms Dhu’s grandmother, Carol Roe, said, “They should have helped her and not lock her up, not treat her like she did not matter.”

If the State Government had any right-minded thinking, they would have announced an end to jailing fine defaulters, alternatives to low-level offending and the immediate establishment of the Custody Notification. This would have sent the family a message of love, but nope, our Government is too stupid for this or maybe doesn’t give enough of a damn. In addition to the legacy of changes desperately needed in backwater Western Australia, the State Government, the Western Australian Police and the Hedland Health Campus should scrub up a significant compensatory package to affected family members to assist them with trauma recovery. There are no words for the loss of Ms Dhu that can relieve the deepest sorrow the family feels, the father, mother, the five siblings, grandmother, uncles and aunties. But hey those at fault, and there is fault, can at least show they give a shit and not cower behind the reductionist. It was racism and there should be changes and compensation. No-one is after blood here, not of the police or medical personnel, just the ideal that they should rise to the occasion and speak honestly and they’d do themselves a favour too.

Declaration of impartiality conflict – Gerry Georgatos, a suicide prevention researcher and prison/custodial systems reform advocate, has lobbied the Federal Government for the Custody Notification Service and alternatives to the jailing of people for fine defaulting. He has also lobbied for other recommendations and outcomes on behalf of the family of Ms Dhu. Georgatos is a prolific writer on racism and discrimination and his two Masters and PhD racism have delved deeply into identifying and understanding racism and the ways forward.

The Custody Notification Service in NSW but what about the rest of the nation?

Only in Western Australia

Who or what killed Ms Dhu?